SEOUL, Feb. 11 (Yonhap) -- U.S. Forces Korea (USFK) renovated a building inside its compound to house self-quarantined soldiers against the new coronavirus, its commander has said.

According to a message from Gen. Robert Abrams updated on its website Monday, USFK renovated one of the buildings at Camp Humphreys, located in Pyeongtaek, 70 kilometers south of Seoul, to accommodate service personnel who are in a self-quarantine program following visits to China.

Earlier this month, USFK initiated a 14-day self-quarantine for its service members returning from China to South Korea to mitigate risk of the potentially deadly virus to the USFK population.

"They are safe and being well taken care of by the installation, leaders and others," Abrams said, adding that no one in the U.S. military has contracted the virus.

Stressing good hygiene practice as the best preventive measure, the commander called for protecting "the force and our community by maintaining our 'Fight Tonight' readiness."

Since the end of last month, the U.S. Indo-Pacific Command has prohibited all service members and civilian workers affiliated with its defense ministry from traveling to China.

As of Tuesday, South Korea has reported 28 confirmed cases of the virus. No service personnel have contracted the virus so far, and the military authorities have quarantined around 1,000 soldiers who visited China, Hong Kong or Macao in the past 14 days or had contact with people who traveled to those places, according to Seoul's defense ministry. 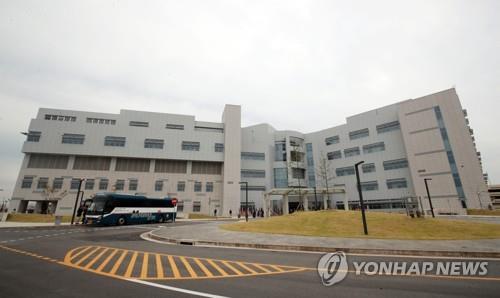