SEOUL, Feb. 11 (Yonhap) -- Jeju Air Co., South Korea's biggest low-cost carrier, said Tuesday it shifted to a net loss in 2019 from a year earlier due to lower demand for travel on Japanese routes.

Jeju Air swung to a net loss of 34.1 billion won (US$29 million) last year from a net profit of 70.88 billion won a year earlier, the company said in a statement.

"With competition with smaller rivals getting tougher, the bottom line was affected by lower demand on Japanese routes due to local campaigns against Japanese products following Japan's restrictions of exports to South Korea since July," the statement said. 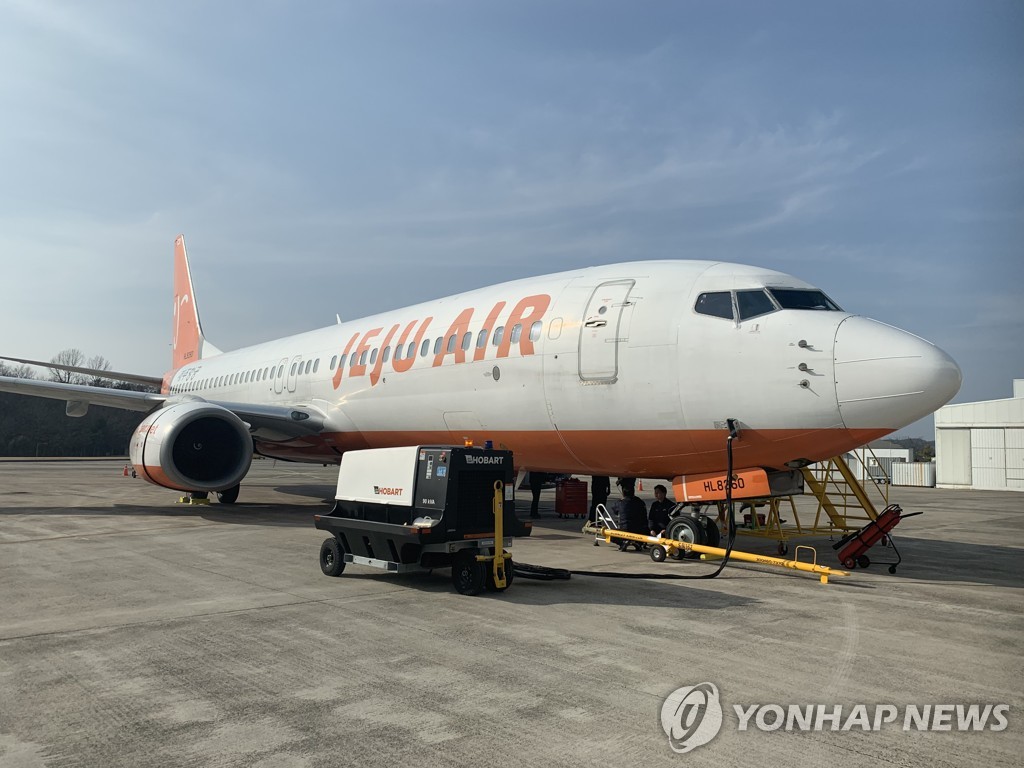 Lower demand on Hong Kong routes due to protests against the Chinese government also cut into its bottom line, it said.

The airline expected weak performance in the first quarter of the year as the spreading new coronavirus outbreak further weighs on travel demand.

Jeju Air shifts to loss on lower demand in 2019

Jeju Air shifts to loss on lower demand in 2019