SEOUL, Feb. 11 (Yonhap) -- A third government-chartered plane arrived in the new coronavirus-hit Chinese city of Wuhan late Tuesday to evacuate about 170 of South Korean citizens and their Chinese spouses and immediate family members.

Aboard the flight were a government rapid response team of 12 staffers, including medical and quarantine officials, and 16 Chinese nationals in Korea who said they wanted to return to their homes in Hubei province, where the virus-hit city is located.

The Korean Air A330 passenger jet is expected to return to Gimpo International Airport in western Seoul on Wednesday morning.

Kim Gang-lip, deputy head of the central disaster headquarters, said earlier in a press briefing that the government had gained official approval from China for the operation of the flight on Monday.

The time of the flight's arrival in Seoul on Wednesday remains uncertain as a document verification process for some 70 Chinese family members could take time in addition to quarantine checks at the airport in Wuhan.

Lee Sang-jin, deputy foreign minister leading the quick response team, said before leaving for Wuhan that his team has prepared supporting documents for the families to help them with the verification process. 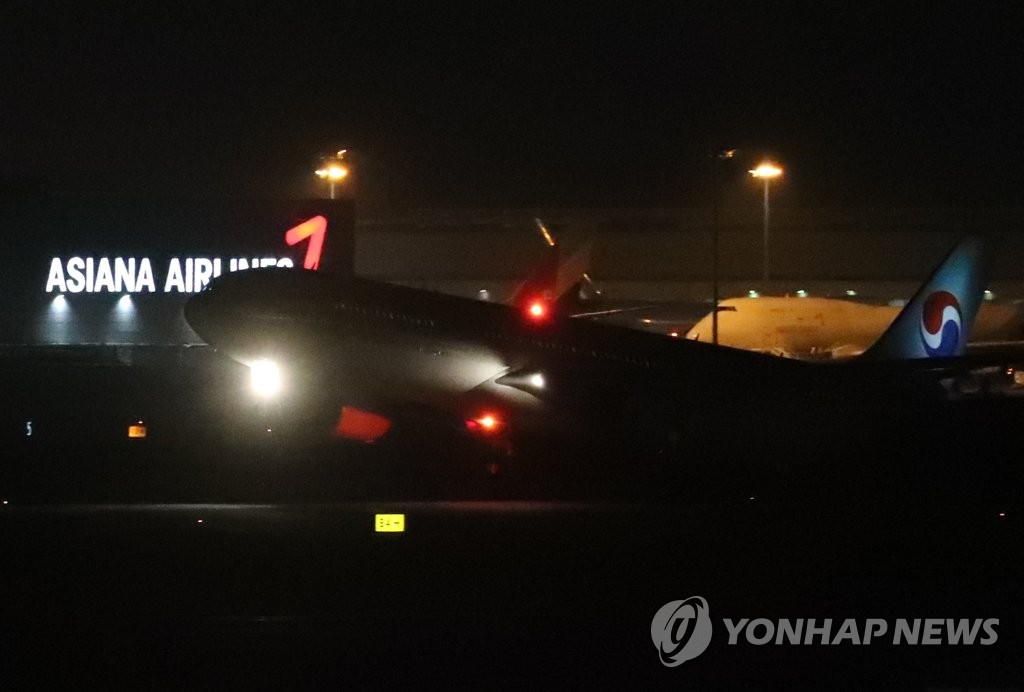 He added that the consulate general in Wuhan plans to issue emergency passports for about 10 of those who do not have documents at all.

Among the Chinese aboard the plane is a 35-year-old woman from Wuhan who was discharged upon full recovery last week after having tested positive in Korea for the novel coronavirus last month.

Upon their arrival in Seoul, the evacuees are to be screened for possible infection and then be transported to temporary accommodation at a language institute of the Joint Forces Military University in Icheon, 80 kilometers south of Seoul, for 14 days, the virus' incubation period.

The third flight also delivered protective face masks, medical supplies and other items to the consulate general in Wuhan and citizens in the epicenter of the deadly virus.