SEOUL, Feb. 11 (Yonhap) -- North Korean Premier Kim Jae-ryong has visited quarantine offices in the country's southern regions set up to handle preventive measures against the novel coronavirus, its state media said Tuesday, amid no reports on any confirmed cases.

Kim inspected the emergency anti-epidemic headquarters in the capital city of Pyongyang and in South Pyongan Province and North Hwanghae Province, according to the Korean Central News Agency (KCNA).

During the visit to the Pyongyang headquarters, he stressed the need to "enhance its responsibility and role decisively and meticulously exercise guidance and control" for quarantine efforts, KCNA reported.

He was also briefed on the ongoing preventive work at the other provincial offices and called for thorough checking against the novel virus as it concerns the state's security and people's lives, it said.

Pyongyang has been intensifying efforts to prevent an outbreak of the new coronavirus that originated in the central Chinese city of Wuhan and has been sweeping across the world.

North Korea has beefed up border controls and quarantine efforts against entrants from China and checked water quality across the country.

Earlier in the day, a Red Cross report showed that North Korea has dispatched around 500 workers to the country's border with China to prevent an outbreak of the highly contagious disease on its soil.

North Korea recently launched a national emergency system against the virus, calling preventive efforts a "political matter" that could determine the fate of the country. 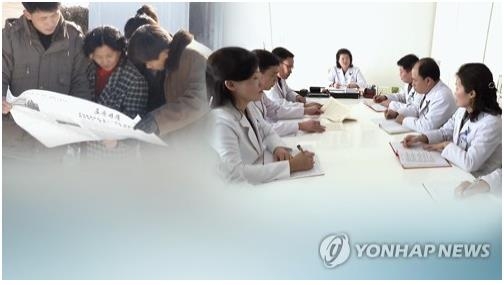