JUPITER, Florida, Feb. 11 (Yonhap) -- The St. Louis Cardinals' new South Korean pitcher, Kim Kwang-hyun, had his first bullpen session on Tuesday, throwing himself into what should shape up to be an intriguing battle for the fifth spot in the starting rotation.

Admittedly batting some nerves with a large throng of Korean media tracking his every move, the 31-year-old left-hander tossed 50 pitches at Roger Dean Chevrolet Stadium in Jupiter, in the eastern part of Florida. The Cardinals' minor league catcher Jose Godoy caught for Kim. 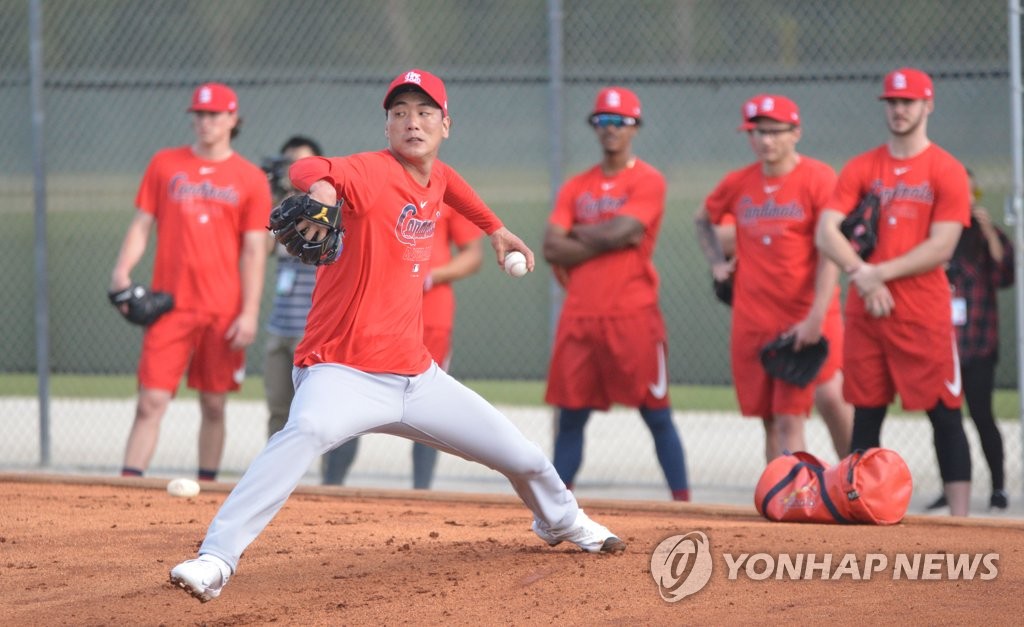 After a dozen seasons with the SK Wyverns in the Korea Baseball Organization (KBO), Kim signed a two-year deal worth US$8 million with the Cardinals in December.

Kim was a top-end starter during his KBO career but he'll have to earn his spot with the Cardinals. The first four spots are virtually locked up by returning starters -- Jack Flaherty, Adam Wainwright, Miles Mikolas and Dakota Hudson. Kim and Carlos Martinez, a former ace who served as a closer last season, are expected to duel for the fifth spot. 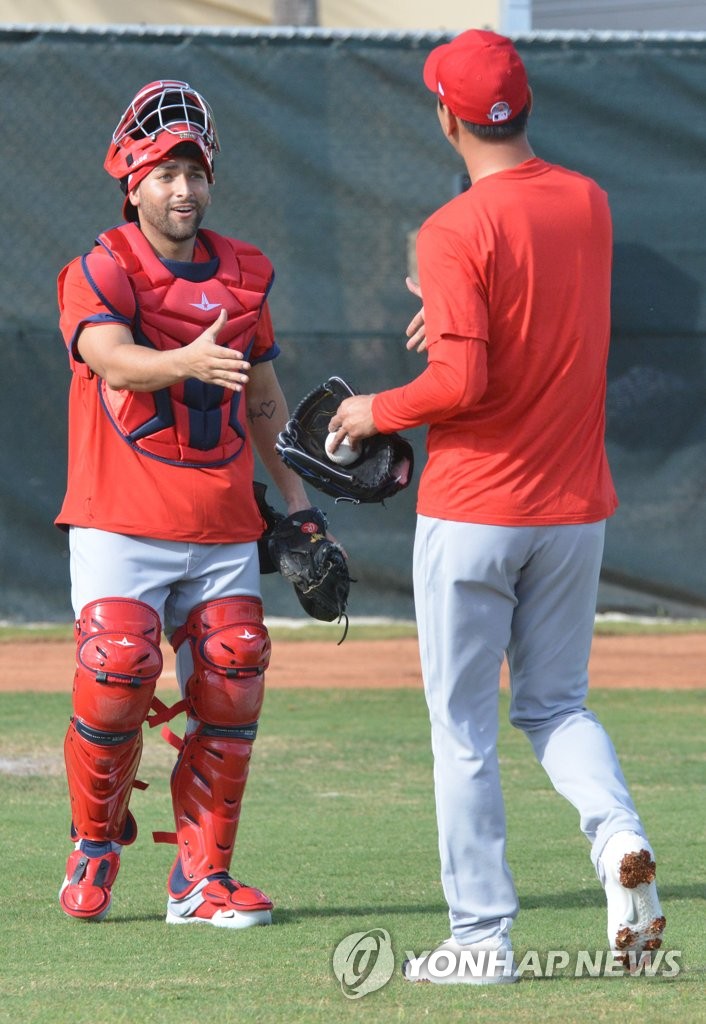 Upon signing Kim, the Cardinals said they liked Kim's flexibility to be able to pitch both in the rotation and out of the bullpen, while other free agents they'd pursued wanted to be guaranteed a place in the rotation.

Kim is scheduled to throw another bullpen session and then do live pitching before making his spring training debut on Feb. 22 against the New York Mets.

"I threw the fastball about 70 percent of the time, and the rest were breaking balls. I am just satisfied that my arm isn't hurting," Kim said. "I need to keep building up my strength. I think I am at about 80 or 90 percent now."

Godoy came away impressed after catching for¡Þ Kim for the first time.

"He had a really good control of his pitches," the catcher said. "All of his breaking pitches were good." 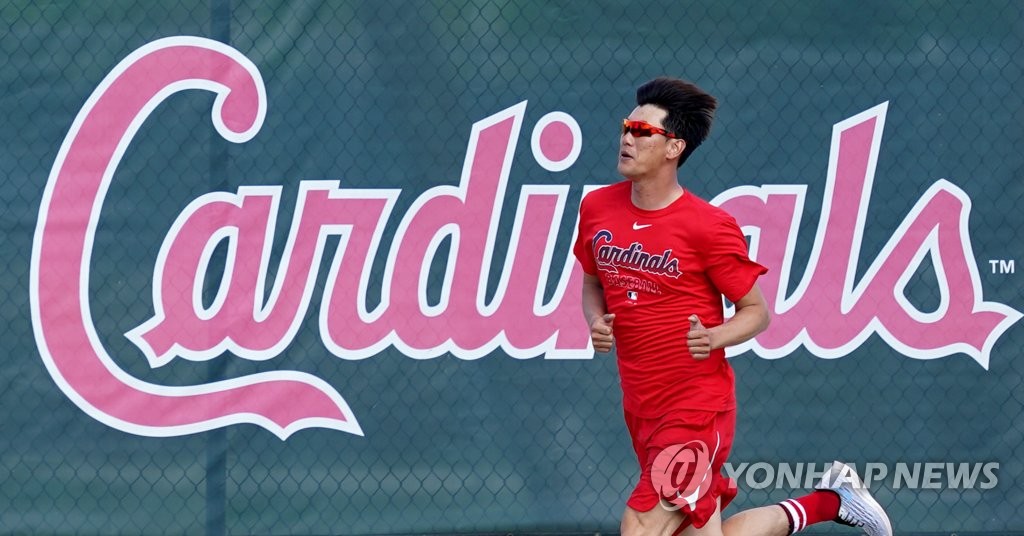