SEOUL, Feb. 12 (Yonhap) -- South Korea's third evacuation flight carrying about 140 of its citizens, their Chinese spouses and family members from the coronavirus-hit Chinese city of Wuhan arrived in Seoul on Wednesday.

The chartered plane touched down at Gimpo International Airport in western Seoul at 6:23 a.m. Among the passengers were some 60 Chinese nationals who came to Seoul with their South Korean family members.

The evacuees are to be screened for possible infection and then be transported to temporary accommodations at a language institute of the Joint Forces Military University in Icheon, 80 kilometers south of Seoul, for 14 days, the virus' incubation period.

The evacuation mission came less than a fortnight after two flights brought back a total of 701 nationals from the city amid growing fears over the spread of the deadly virus that has sickened more than two dozen people in South Korea. 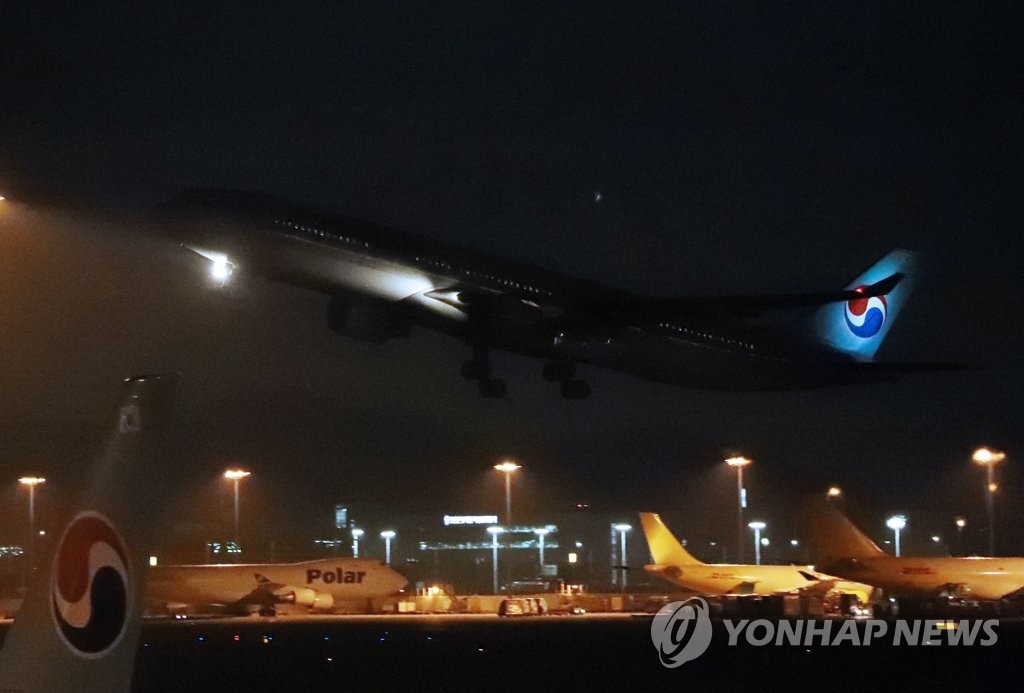 Last month, South Korea brought back 701 citizens from Wuhan on two evacuation flights. Back then, the Chinese government did not allow its citizens to travel with their South Korean family members, but Beijing has since reversed its position.

Upon arrival, the evacuees are to undergo the South Korean government's quarantine procedures. If they show no symptoms of the coronavirus, they will be transported to a facility belonging to the Joint Forces Military University in Incheon, 80 kilometers south of Seoul, where they will remain for at least 14 days, the virus' incubation period.

An estimated 100 or so South Koreans remain in Wuhan, but are unable to leave because of work and other commitments.

The government may decide to send an additional evacuation flight depending on how the viral contagion unfolds.

More than two dozen people in South Korea have been confirmed infected. There have been no fatalities.
(END)