SEOUL, Feb. 12 (Yonhap) -- South Korea's third evacuation flight from the coronavirus-hit Chinese city of Wuhan arrived back in Seoul on Wednesday, carrying about 140 of its citizens, their Chinese spouses and family members, with five of them showing symptoms of the coronavirus.

The chartered plane landed at Gimpo International Airport in western Seoul at 6:23 a.m. The passengers with the symptoms were sent to a hospital for additional medical checks and treatment. 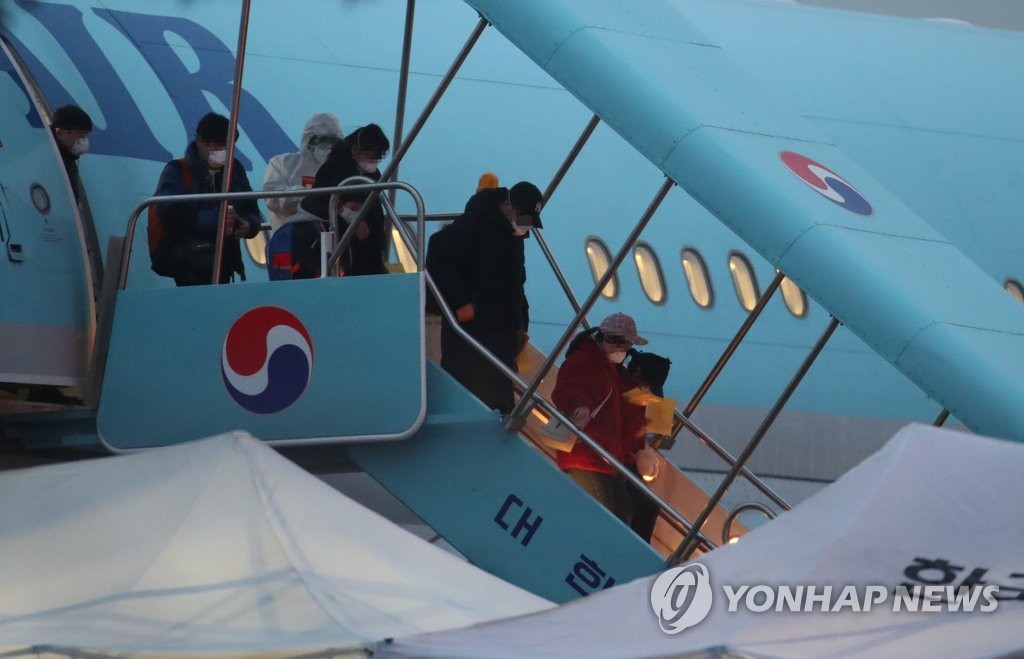 More than two dozen people in South Korea have been confirmed to have contracted the virus. There have been no fatalities. In China alone, the death toll of the virus has topped 1,100, with the number of confirmed cases exceeding 44,000. 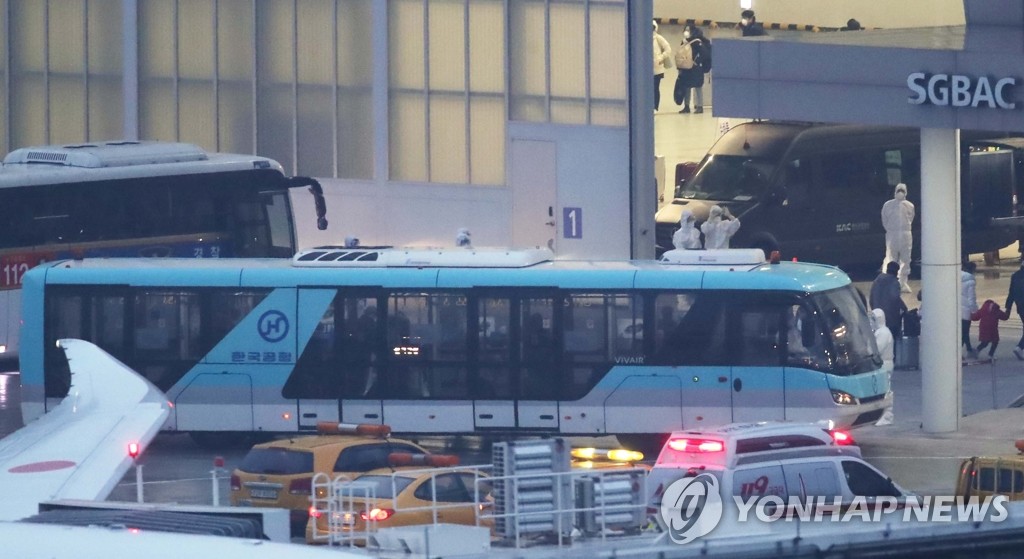