SEOUL, Feb. 12 (Yonhap) -- GM Korea Co., the South Korean unit of General Motors Co., said Wednesday that it will temporarily suspend one of three domestic car assembly plants due to shortages of Chinese parts amid the spreading coronavirus outbreak.

GM Korea is set to close its main Bupyeong plant in Incheon, just west of Seoul, on Feb. 17 and 18 due to shortages of Chinese parts, including wiring harnesses, a key component for a variety of models, a company official said.

The move would disrupt the production of the Trailblazer SUV, the Chevrolet brand's core model. 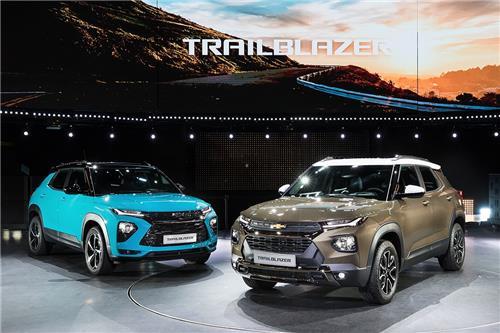 GM Korea has three plants -- two in Incheon and one in Changwon, about 400 kilometers south of Seoul. Their combined output capacity is around 600,000 units. The company shut down a plant in Gunsan, about 270 km south of Seoul, in 2018 due to a low utilization rate.

GM Korea relies heavily on China for wiring harnesses and other parts.

The shortages of parts came as the Chinese authorities called on manufacturers to stop operations until Feb. 9, a week after the end of the Lunar New Year holiday, to keep coronavirus from spreading further.

The virus has killed more than 1,100 people in mainland China.