Roh was named the new leader of Samsung's mobile business last month after serving as head of research and development (R&D) at the company's mobile unit.

"We are excited to make our next big step forward as we launch a new generation of intelligent connections," Roh said at the event.

"It begins with our vision to be the innovator of new mobile experiences. ... To realize this vision, we are driving the convergence of the three most important technologies of our time: 5G, AI and IoT." 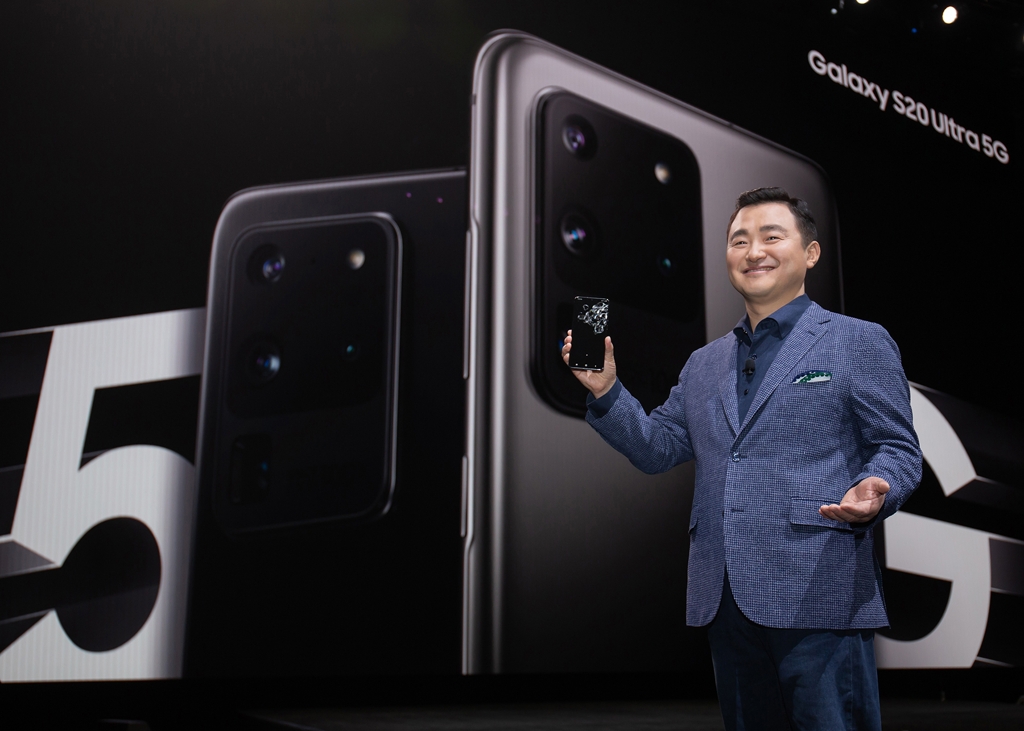 With the expansion of low-latency, fast-speed 5G communication solutions, Roh, who has been a key man leading the development of the Galaxy S and Note smartphone series in the past years, said Samsung is ready to deliver "intelligent connections," across devices, people, businesses and communities.

"Samsung is in a unique position to bring benefits of this convergence into consumers' lives," he said. "With more than 1 billion smart devices, including the Galaxy phones, wearables and PCs, we already have hundreds of millions of people around the world enjoying a more connected and convenient lifestyle."

At the event, Roh also thanked his predecessor Koh Dong-jin for his achievements. Koh still serves as CEO of Samsung's IT & Mobile Communications (IM) business division, but the company last month announced that he will focus more on a broader role.

"I would not be where I am today without my mentor DJ Koh," Roh said. "Thank you DJ for your ongoing leadership."