SEOUL, Feb. 12 (Yonhap) -- The new head of Samsung Electronics Co.'s mobile business said Wednesday that the company this year aims to provide opportunities that can lead to growth of the entire mobile industry. 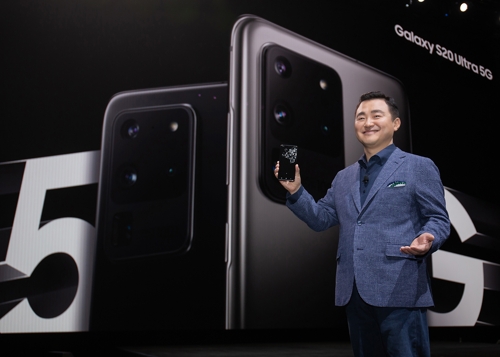 After the event, Roh told reporters that Samsung wants to nurture the mobile market together with its rivals and partners.

"There has always been competition in the mobile industry, and that is not something that we need to be afraid of or ignore," Roh said at a press meeting. "Our motto for this year is to lead the growth of the mobile industry together with innovation and by overcoming our limits."

Last year, global smartphone shipments reached 1.41 billion units, down 1 percent from a year ago, according to data from Strategy Analytics. While the mobile industry has been dealing with the U.S.-China trade war, the outbreak of the novel coronavirus also emerged as a new threat in recent months.

"We have the DNA that can overcome risks successfully and challenge the impossible," he said. "As a leader of the smartphone industry, we will deliver new innovative user experiences that can spark the industry's growth."

"We are thinking more of user experience than profitability, and we view it as an investment," he said.

Roh hinted that Samsung may release a new foldable phone in the second half of 2020, although he refused to provide details.

"We are currently developing it, but it can only be unveiled when it is reliable," he said. "At this point, we can only say we are just trying many things."

He added that Samsung is also looking to reinforce cooperation with global companies this year. At the Unpacked event, Samsung announced partnerships with major IT and media giants like Google and Netflix. 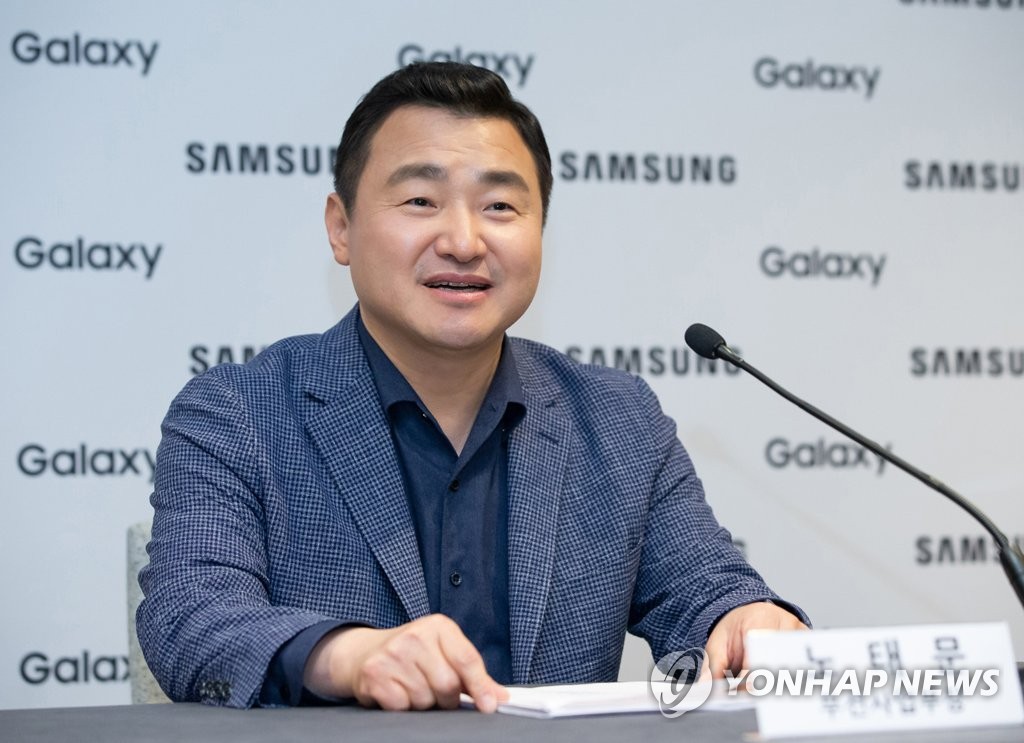 At the Unpacked event, Roh said Samsung will focus on the convergence of 5G, artificial intelligence (AI) and Internet of Things (IoT) to provide a better consumer experience.

"Samsung is in a unique position to bring benefits of this convergence into consumers' lives," he said. "With more than 1 billion smart devices, including the Galaxy phones, wearables and PCs, we already have hundreds of millions of people around the world enjoying a more connected and convenient lifestyle."

At the event, Roh also thanked his predecessor Koh Dong-jin for his achievements. Koh still serves as CEO of Samsung's IT & Mobile Communications (IM) business division, but the company last month announced that he will focus more on a broader role.

"I would not be where I am today without my mentor DJ Koh," Roh said. "Thank you DJ for your ongoing leadership."