INCHEON, Feb. 12 (Yonhap) -- Actors and actresses of "Parasite" returned home on Wednesday to a hero's welcome after the film's historic wins at the 92nd Academy Awards.

"We've made the achievement on the back of Korean people's constant support and backing," Song Kang-ho told reporters. "We'll do our best to promote Korean culture and art to movie fans around the world through quality Korean films." 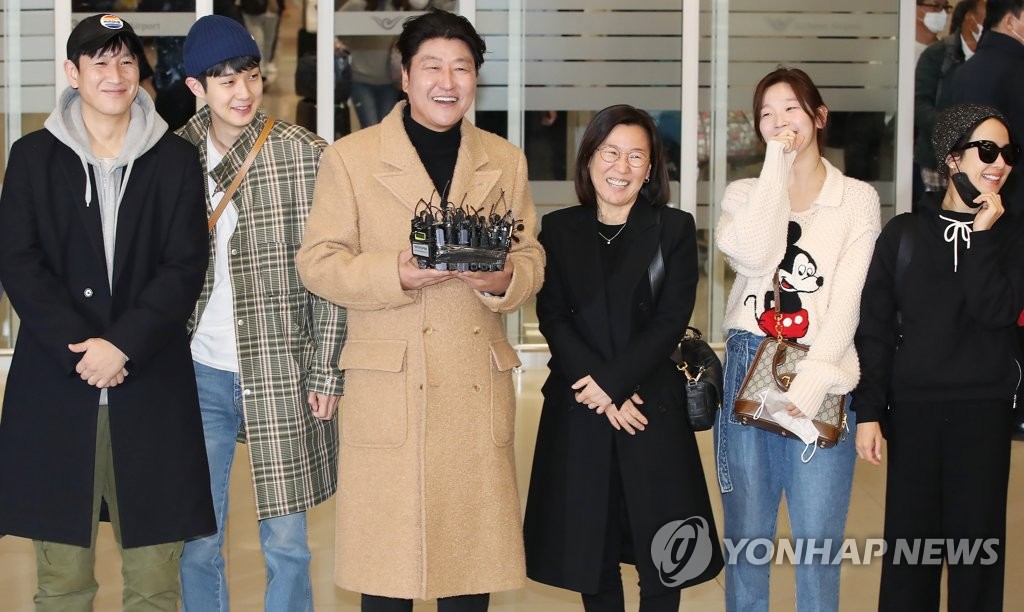