JUPITER, United States, Feb. 11 (Yonhap) -- When pitcher Kim Kwang-hyun reported to his first spring training with the St. Louis Cardinals here on Tuesday, he brought a little bit of his former South Korean club with him.

The left-hander threw his first bullpen session at Roger Dean Chevrolet Stadium on Tuesday, officially getting his first major league spring under way after a dozen seasons with the SK Wyverns in the Korea Baseball Organization (KBO).

Before arriving in Jupiter in eastern Florida, Kim spent a few days working out with his old Wyverns teammates in Vero Beach, about 100 kilometers north of Jupiter. 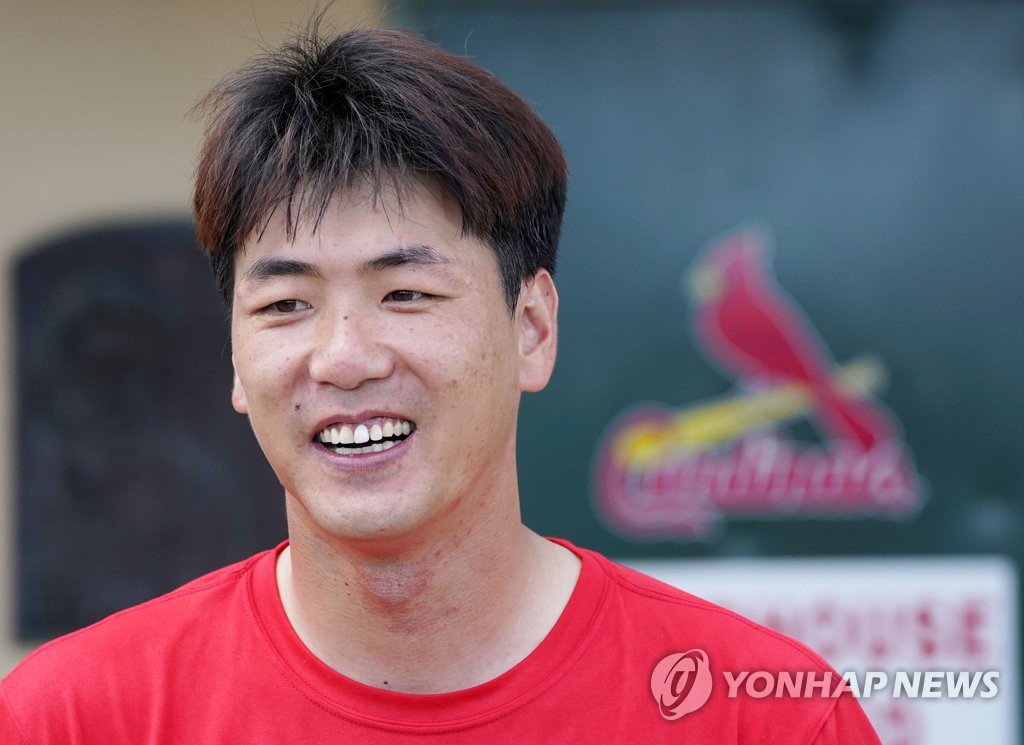 When he left, the Wyverns presented him with some gifts. Kim even got a glove from longtime teammate Yoon Hi-sang and borrowed a bat from slugger Choi Jeong.

With the designated hitter rule in the KBO, Kim had never had to swing the bat. But now that he's in the National League (NL), he may have to take some at-bats during the season, whether he joins the rotation or ends up in the bullpen.

Kim's deal with his previous glove manufacturer expired before the Cardinals' camp, and before new gloves from his new partner arrive, Kim plans to wear the one presented to him by Yoon, one of Kim's closest friends on the Wyverns.

As for the bat, Kim said he owes Choi 10 new sticks.

"I'll get some bats from famous major league players and send them his way," Kim quipped. "The bat's a little heavy but I'm looking forward to my batting practice. I don't know if I'll even be able to make contact. But if I do, I'll run hard to first base."

No one would question Kim's work ethic so far this spring. He tossed 50 pitches in his first bullpen appearance, more than a typical bullpen session at the start of spring training. Kim even showed up at 6 a.m. on Monday -- a day before pitchers and catchers were to formally report to camp -- only to see that he couldn't even get inside.

"Someone told me you have to show up by six in the morning at major league spring training because workouts start early," Kim said. "I was surprised that the gates were all locked."

It just happened that Kim had left something back in his room, so he had to turn back anyway. By the time he returned, the stadium was open for business.

There was another "Welcome to the major leagues" moment for Kim afterward. He did some light tossing on Monday and his scheduled work was done around 9 a.m. Not aware that players were free to leave as they pleased, Kim stayed in the clubhouse, waiting for some official announcement or meeting that never came.

"I had nothing left to do after my workout," Kim said with a smile. "I was just trying to see what the guys were doing. And when they went to shower, I went along."

Kim said he's enjoying even these small missteps along the way.

"So many things are different here than in the KBO," Kim said, flashing his usual grin. "I am going to adopt the mindset of a rookie and learn the new culture as quickly as I can." 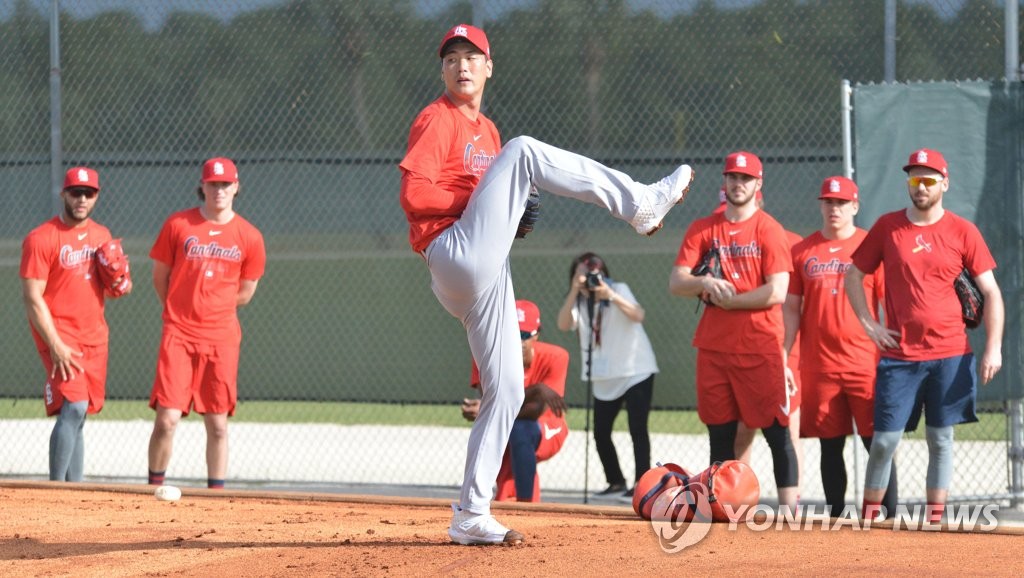