Finance Minister Hong Nam-ki told a meeting with economy-related ministers that the economy is expected to feel the brunt of efforts to contain COVID-19, but most of the economic impact may come from "excessive fear and anxiety." 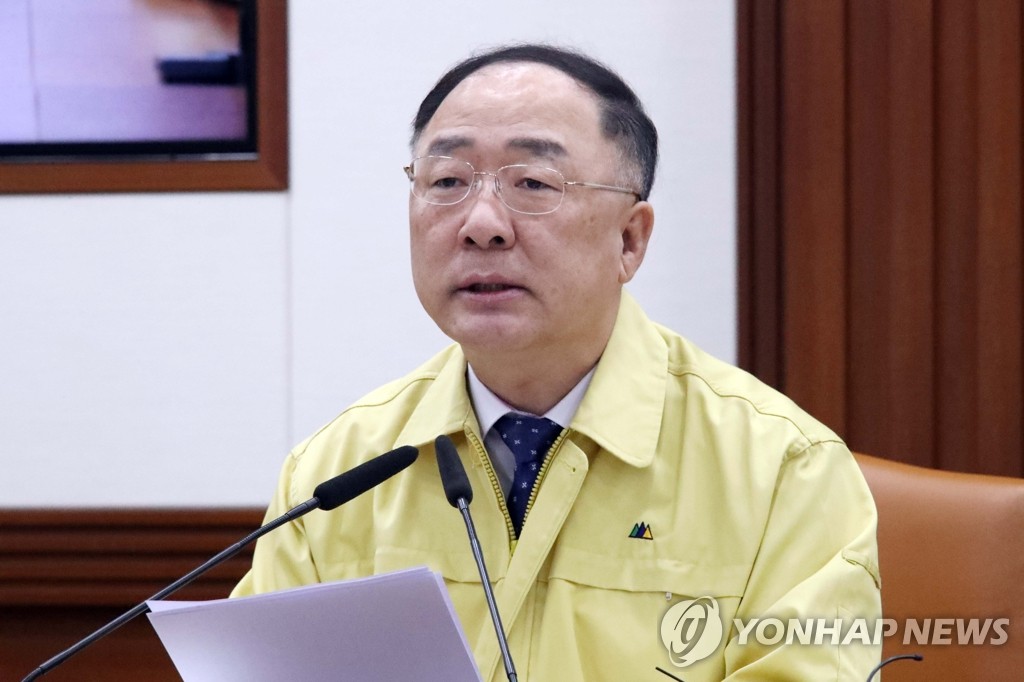 Hong voiced concerns that the economic impact of the virus may negatively affect job growth. But the government will spare no efforts to minimize the economic fallout of the virus and help the private sector create more jobs, Hong said.

Hong is scheduled to hold a meeting with Bank of Korea Gov. Lee Ju-yeol on Friday to discuss how to cope with the economic impact of the virus.

It will be the first time the two men have met since August last year, when they discussed measures to deal with Japan's export curbs of key materials targeting South Korea.