JUPITER, United States, Feb. 11 (Yonhap) -- St. Louis Cardinals' new South Korean pitcher Kim Kwang-hyun has been getting rock star treatment at his first spring training this week, with media from both his native country and his new home city closely following his moves. 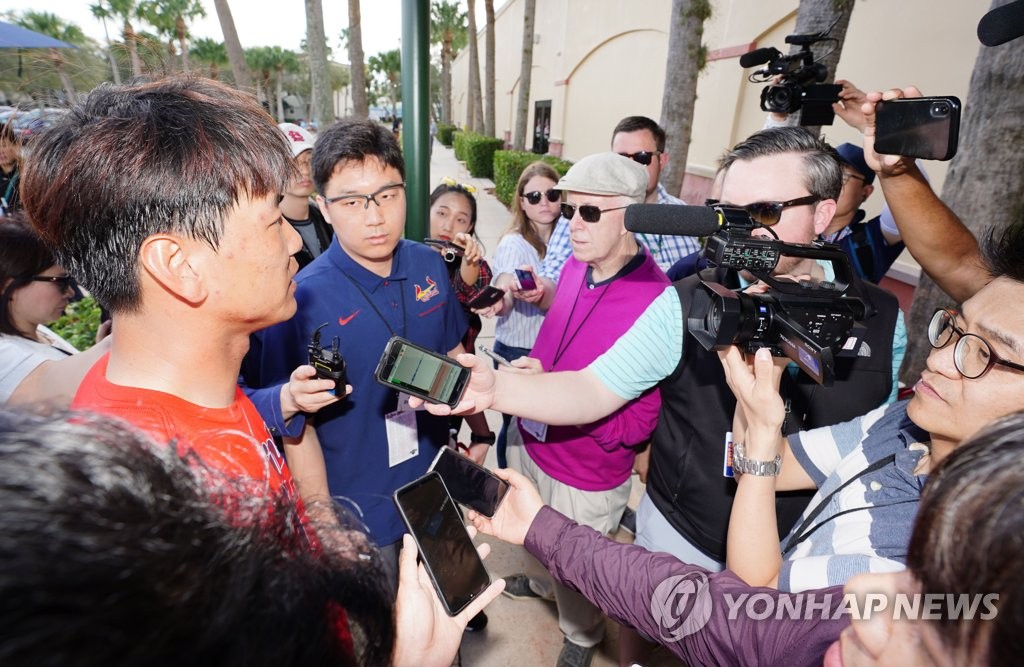 Whereas South Korean media may take some of Kim's talent for granted, having watched him dominate the Korea Baseball Organization (KBO) for many years, beat reporters for the Cardinals watching him in person for the first time have been impressed with what Kim brings to the table.

Derrick Goold, who has been covering the Cardinals for the St. Louis Post-Dispatch since 2004, said when he first watched Kim, he was "struck by how athletic he appears and how consistent and smooth his delivery and mechanics are."

"He has that ability to repeat his mechanics over and over, and there's not a whole lot of hitch," Goold told Yonhap News Agency at Roger Dean Chevrolet Stadium on Tuesday, when pitchers and catchers reported to start their spring work. "He knows where to go back to find consistency. This is a really gifted athlete who's also a pitcher."

Kim was a top-notch starter for most of his 12 seasons with the SK Wyverns in the Korea Baseball Organization (KBO), before signing a two-year, US$8 million contract with the Cardinals in December. For all his KBO credentials, Kim hasn't been guaranteed a spot in the Cardinals' rotation. And count Anne Rogers, the Cardinals beat writer for MLB.com, among those who think Kim has what it takes to win that job. 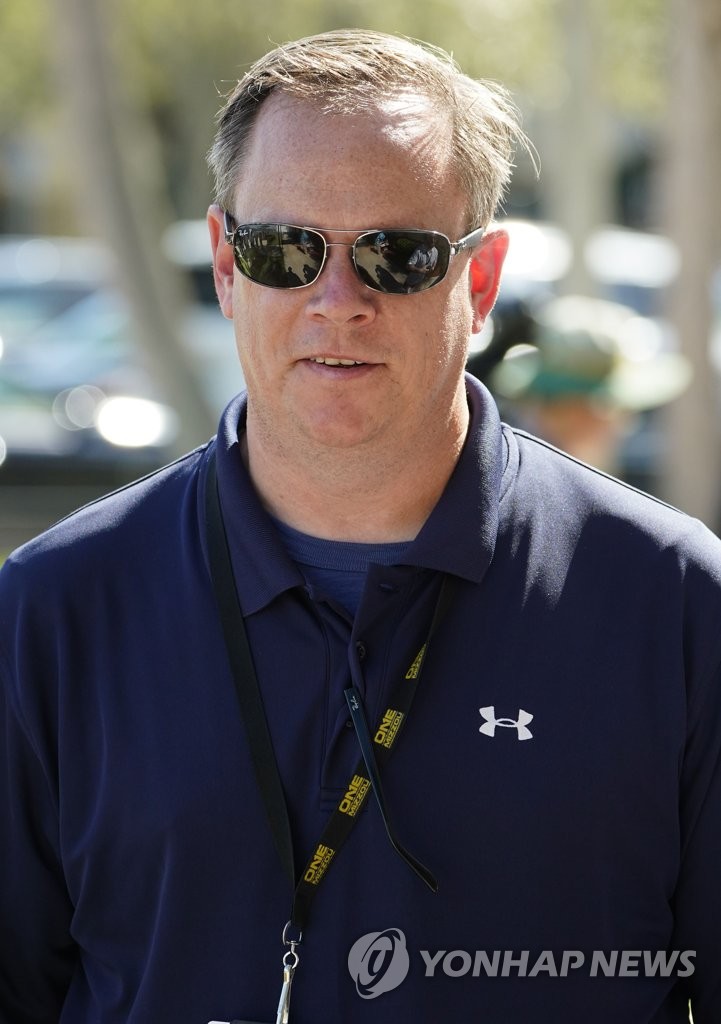 "The Cardinals are creating every opportunity for him to be a starter. He just has to go out and compete for it and show them that he can (start)," Rogers said. "I think he has pitches and he has talent. We'll see how that translates in the major leagues. I think he'll definitely be able to show the Cardinals that he can be a force in the rotation."

The Cardinals are bringing back four right-handed starters from last season: Jack Flaherty, Miles Mikolas, Dakota Hudson and Adam Wainwright. A couple of potential competitors for Kim, Carlos Martinez and Daniel Ponce de Leon, are both right-handers. Being a southpaw could favor Kim, Goold said.

"It's an edge. It may be the tiebreaker," Goold said. "Having a lefty has value in (the National League West). That will be helpful."

Goold added Kim, whether he starts or pitches out of the bullpen, will be part of "the deepest and possibly best pitching" in the NL West. Rogers said she's also interested in getting to know Kim on a personal level, as she and other beat reporters will be traveling with the Cardinals for most of the season.

"I am interested to see how he fits in the clubhouse. He seems like a great guy," she said. "I heard a lot of the guys really like him so far."

Before holding separate availabilities with a group of more than a dozen Korean journalists and a contingent of American reporters, Kim tossed 50 pitches in his first bullpen appearance. That's an unusually high total for an opening bullpen session, prompting St. Louis writers to ask Kim about his pace and workload.

With his usual aplomb, Kim said the 50-pitch mark was a good starting point for him to get ready for his first exhibition game appearance on Feb. 22. Kim added he will get the count up to 60 or 70 in his next bullpen session.

Asked if he was surprised by how many Korean journalists who've traveled to Florida to see him, Kim smiled and said, "They're all my friends." 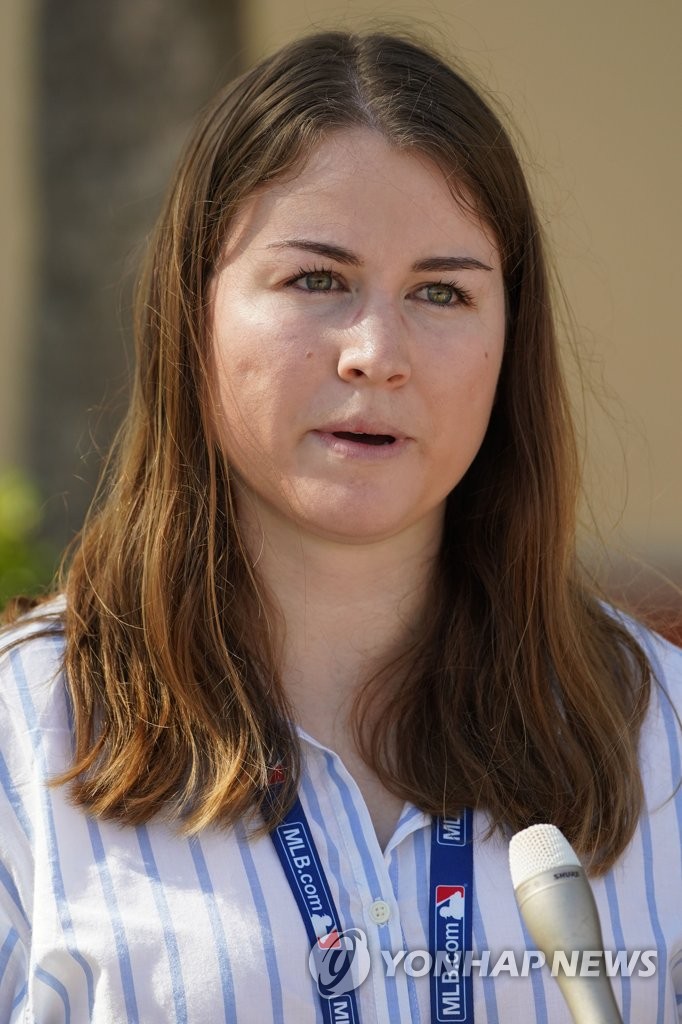