Police and firefighters were dispatched to the underground eatery of a securities company in Yeouido on reports that one employee stabbed another with a knife at around 9:15 a.m.

A woman in her 60s, presumed to be a suspect, was found unconscious in the vicinity of the scene after fleeing. Police said she appears to have attempted to kill herself.

A man in his 20s was taken to hospital after sustaining knife wounds. He is said to be unconscious.

Police said they are investigating to determine the cause of the incident. 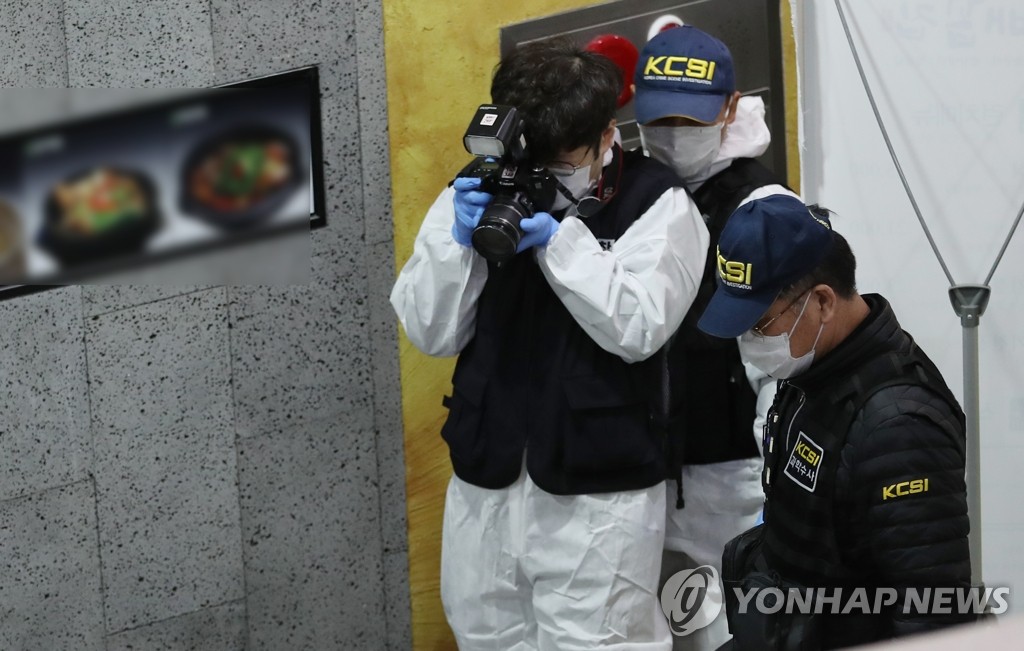