Director Bong Joon-ho's awards-winning masterpiece "Parasite" makes a clever use of space, juxtaposing a squalid semi-basement flat against an airy mansion to mirror the wealth gap between the Kim and Park families.

The poor Kim family has to go down a set of stairs to reach their cramped basement flat known as "banjiha" here, with "ban" meaning "semi" and "jiha" meaning basement in Korean.

As seen in the film, banjiha are not the most pleasant place to live.

The well-off Mr. Park frowns at Kim Ki-taek's stench, which his daughter later sums up as a smell the Kim family will only be able to get rid of when they move out from the moldy flat.

The family's toilet, which ironically sits higher than other areas of the house to prevent flooding, nonetheless spews out filthy sludge during a flood.

Light is a scarce resource, with sunlight touching the house only in limited times of the day. 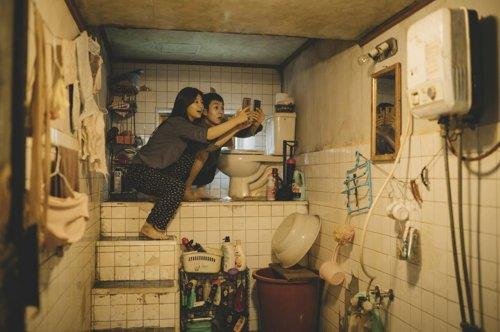 "In South Korea, semi-basements have subtle nuances," Bong said in a press conference for the 72nd Cannes Film Festival in May 2019.

"(People) live underground but want to believe that they are above the ground because they have a moment when sunlight comes into their room," noting light's symbolic meaning.

"But at the same time, they are afraid of falling into a complete underground situation if things get worse," he said. "This is the ingenious point my movie makes."

Outside Bong's fictional world, banjiha is a housing option that has provided homes for urban dwellers hunting for affordable housing.

The history of semi-basement flats dates back to 1970, when the government mandated basement floors in construction projects.

While it was illegal to live in the underground spaces, they eventually became an inevitable alternative as the city's population swelled in line with the country's rapid industrialization.

In 1984, the government relaxed regulations, allowing basement flats to be built higher, with half of them being underground and half above ground, coining the term "banjiha."

The move was seen as legalizing underground residences, which had already become a regular housing option for the needy, according to a policy summary by the Institute for Democracy. 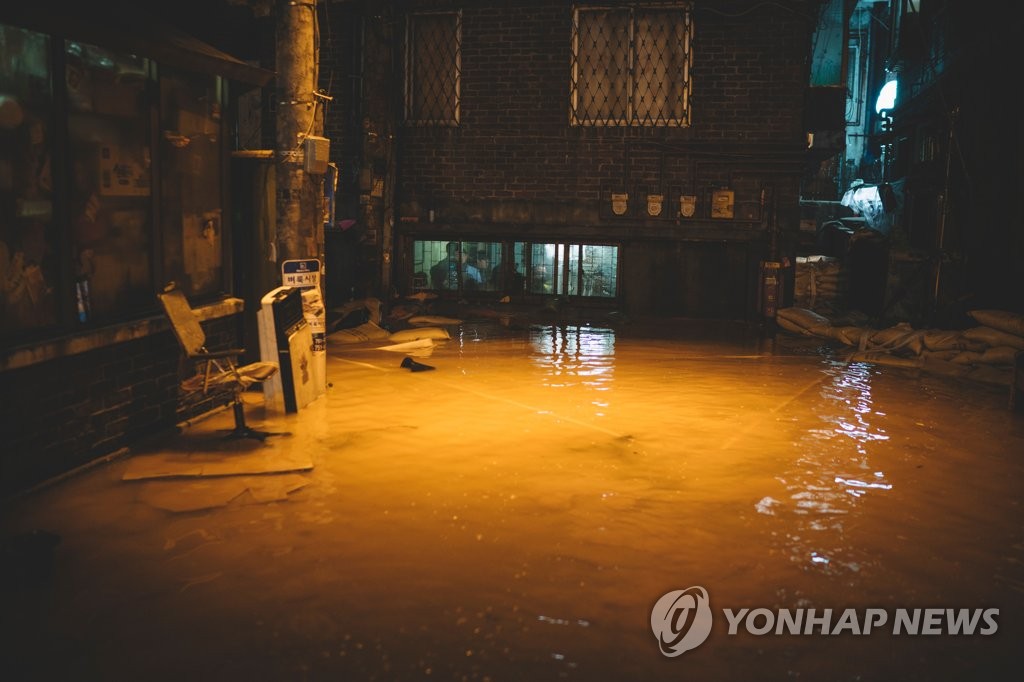 Decades later, banjiha are still a cheap housing option in the city where median apartment prices have topped 900 million won (US$759,814), while the minimum monthly wage stands at 1.8 million won.

There were 363,896 households living in basement or semi-basement flats in 2015, accounting for 1.9 percent of all households, according to the latest data by the state-run Korean Statistical Information Service.

Some 62 percent of these basement flats were located in Seoul, reflecting the staggering property prices in the capital where one-fifth of the national population lives.

The long history of these banjiha houses have prompted banjiha, along with "oktapbang" and "gosiwon," to be associated with poverty.

"Oktapbang" refers to makeshift houses on the top of residential buildings, while "gosiwon" are tiny one-room units -- sometimes without windows -- in shared houses.

In Korean culture, the three types of housing typically represent the struggles of the younger generation or are used as a dramatic tool to portray a rags-to-riches story.

But for some, this kind of representation is changing, albeit slowly.

For one, the number of these basement flats is actually declining.

A 2003 law that mandates parking space has made it nearly impossible to build semi-basement flats. A rush of urban redevelopment projects are also bringing down old buildings.

There has also been a shift in how younger residents think about these dingy abodes.

Some even run accounts dedicated to banjiha life or post day-to-day updates on how their renovation is proceeding.

For them, banjiha is no longer something to be ashamed of.

"It's true that financial factors cannot be completely eliminated with banjiha stereotypes, but for me, it's something I chose after weighing all the pros and cons," said Lee Min-ae, who lives in a Seoul banjiha with her husband.

"Houses have a symbolic meaning in South Korea, but for some younger people, other things in life are more important," said the 34-year-old who frequently travels. "I had the choice, and I made the choice, you can't simply generalize banjiha residents as being poor."