Should the new coronavirus virus reach an extent similar to MERS, Asia's fourth-largest economy may lose up to 78,000 jobs from its tourism sector, the Korea Economic Research Institute (KERI) predicted.

In that case, the number of foreign tourists to South Korea is estimated to drop by 1.65 million, with its tourism revenue likely to fall by 4.6 trillion won (US$3.9 billion).

The MERS outbreak, which started in May 2015 and lasted seven months, cut the number of foreign tourists and tourism revenue by 14.4 percent and 27.1 percent, respectively. 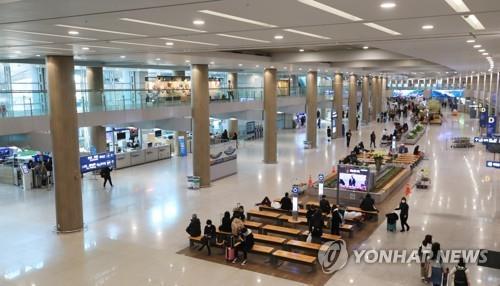 If the coronavirus epidemic spreads like the severe acute respiratory syndrome (SARS) in 2002-03, South Korea's loss of tourism jobs would amount to nearly 56,000, forecast KERI, which is affiliated with the Federation of Korean Industries, South Korea's top business lobby.

The SARS outbreak, which lasted nine months, slashed the number of foreign travelers to South Korea by 1.25 million and the country's tourism revenue by 3.2 trillion won.

Analysts say South Korea's tourism industry is already feeling the pinch of the rapid spread of the new coronavirus, which has led to a tumble in both outbound and inbound travelers, especially those from China.

China's death toll from the new coronavirus topped 1,110 as of Wednesday. South Korea has 28 confirmed coronavirus cases with no deaths reported.
(END)