SEOUL, Feb. 12 (Yonhap) -- President Moon Jae-in toured Namdaemun Market in central Seoul Wednesday, his second visit to a local traditional market in three days, as concern is mounting about the impact of the COVID-19 virus outbreak on the economy. 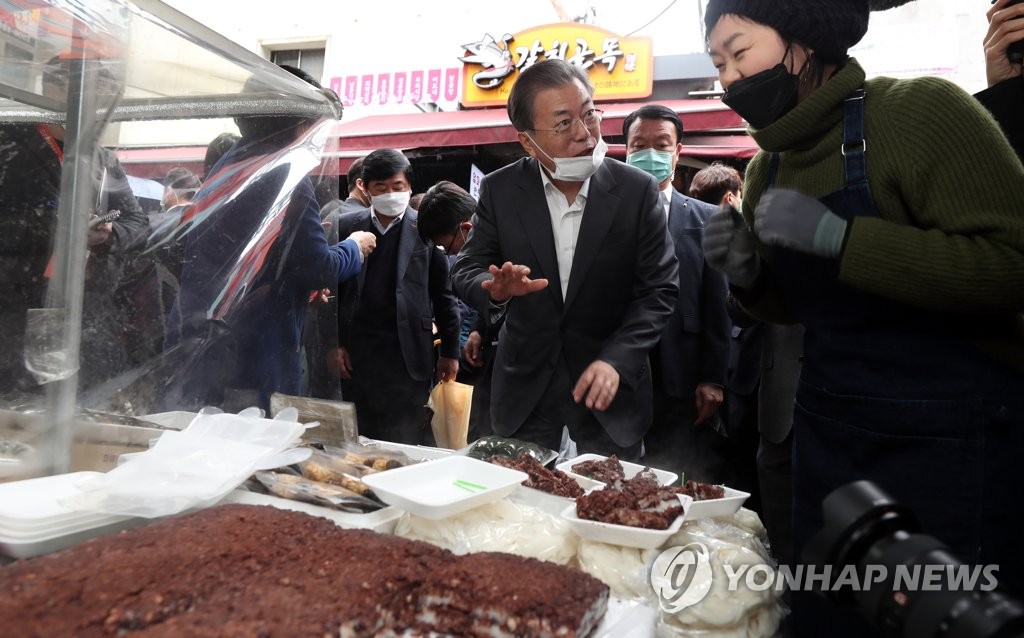 He reiterated that it's "being confirmed that we don't need to be excessively anxious" about the virus, which has relatively a low fatality rate when properly treated. South Korea has reported a total of 28 cases of the novel coronavirus as of Wednesday afternoon with no deaths.

He emphasized that it's the duty of the government and other authorities to make every effort to contain the disease.

"What's most important is for the people to dispel excessive anxiety and engage in daily activities again, especially brisk economic and consumption ones," he added.

Moon expressed regret that the pandemic is weighing heavily on South Korea's economy, which he said had shown indications of "considerable recovery" beginning late last year.

The number of Chinese tourists in South Korea has contracted nearly 60 percent since Jan. 24, a remarkable turnaround from a 24-percent hike in the first three weeks of this year from the same period in 2019, according to Moon. 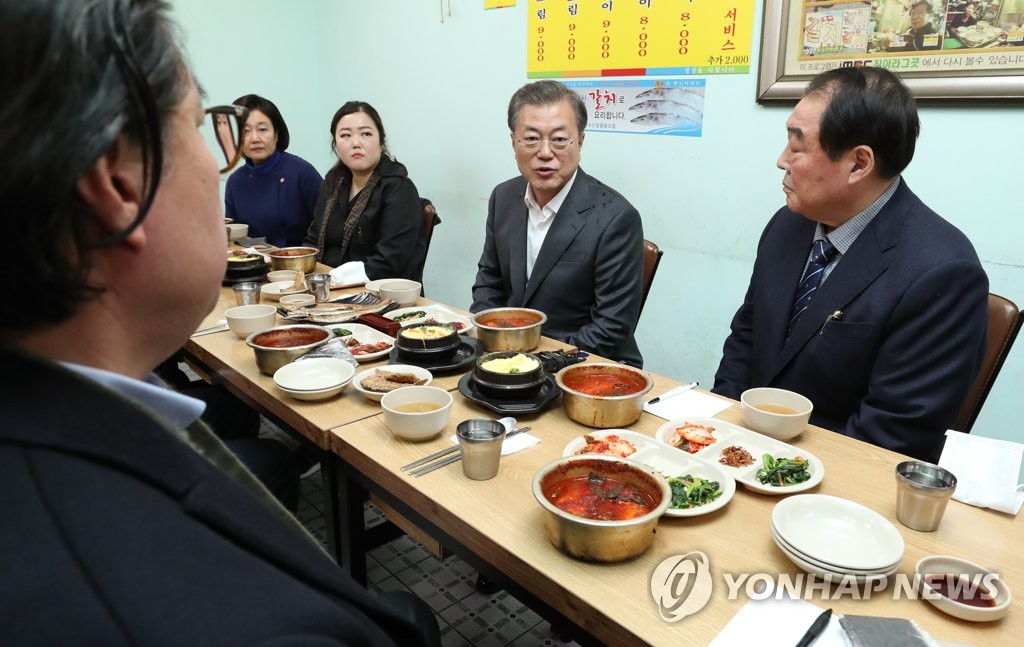