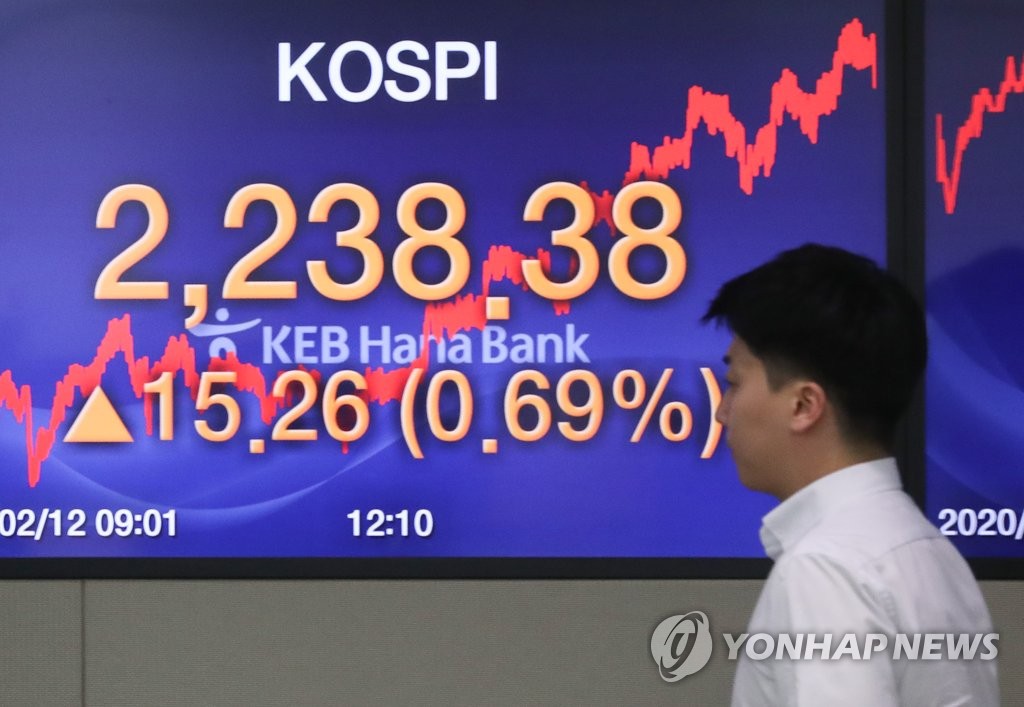 The index slipped into negative terrain earlier but rebounded on large cap gains, led by autos and pharmaceuticals, amid signs that the COVID-19 virus outbreak is taking a breather, prompting investors to be more open to risk-taking.

South Korea has reported 28 confirmed cases of the novel coronavirus as of Wednesday, adding only one additional case since Sunday.

Leading automaker Hyundai Motor spiked 2.64 percent to 136,000 won, one day after the carmaker and its smaller affiliate Kia Motors partially resumed the operation of production facilities that had been suspended since late last week due to a shortage of parts from their Chinese suppliers.

Bond prices, which move inversely to yields, closed mixed. The yield on three-year Treasurys lost 0.2 basis point to 1.297 percent, but the return on the benchmark five-year government bond added 1.3 basis points to stand at 1.421 percent.

(LEAD) Seoul stocks up for 2nd day on risk-taking

(LEAD) Seoul stocks up for 2nd day on risk-taking