Japan's request, which was circulated to WTO member states on Monday, is the second filed by Japan concerning support measures for South Korea's shipbuilders.

In December 2018, the two sides met in Seoul but failed to narrow their differences on the issue.

Last year, Hyundai Heavy signed a formal deal with South Korea's state-run Korea Development Bank (KDB) to buy Daewoo Shipbuilding. The deal is subject to approval from antitrust regulators in South Korea and other countries, including Japan, China, Singapore and the European Union. 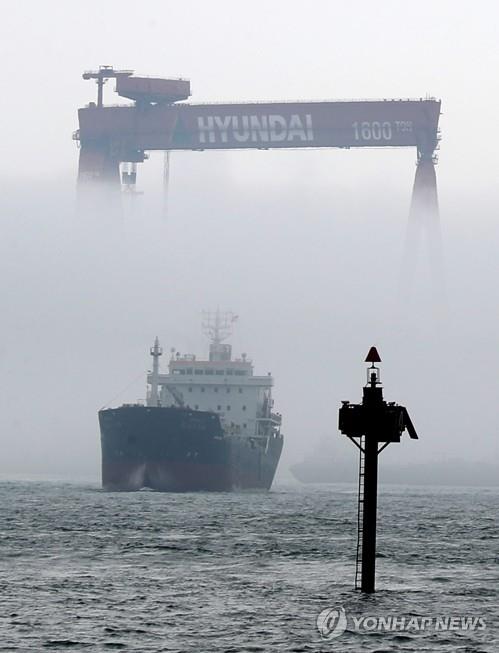 At that time, Japan did not request the establishment of a panel at the WTO Dispute Settlement Body (DSB) to look further into the case -- a customary procedure in case the two sides fail to find common ground.

But more than a year later, in a complaint dated on Jan. 31, Japan took issue with the KDB's commitment to release all its 59.7 million shares in Daewoo Shipbuilding valued at 2.09 trillion won (US$1.77 billion) in exchange for 9.12 million convertible preferred shares and 6.1 million common shares in Korea Shipbuilding & Offshore Engineering Co.

Japan also took issue with KDB's guarantee to provide an additional 1 trillion won in financial assistance in case of a fund shortage as well as refund guarantees (RGs), re-guarantees of RGs and guarantees and insurance covering financing for shipbuilders provided by South Korean public and private institutions.

South Korea's industry ministry has said that Japan's argument is groundless and made clear the measures it took are in line with international norms.

The request for consultations formally initiates a dispute in the WTO. After 60 days, if consultations have failed to resolve the dispute, Japan may request adjudication by a panel.

The European Commission, the EU's executive branch, has said it will decide by May 7 whether the takeover, if completed, is likely to significantly impede effective competition.