SEOUL, Feb. 12 (Yonhap) -- North Korea has begun providing English and Chinese-language services for information posted on a website promoting tours to Mount Kumgang amid its push to bolster tourism as a key industry and prop up its frail economy in the face of crippling international sanctions.

The move appears to show that Pyongyang's push to lure foreign tourist remains undeterred by growing concern over the global outbreak of the new coronavirus that has led the country to tighten its border with China. Most foreign visitors cross the border to enter the reclusive state. 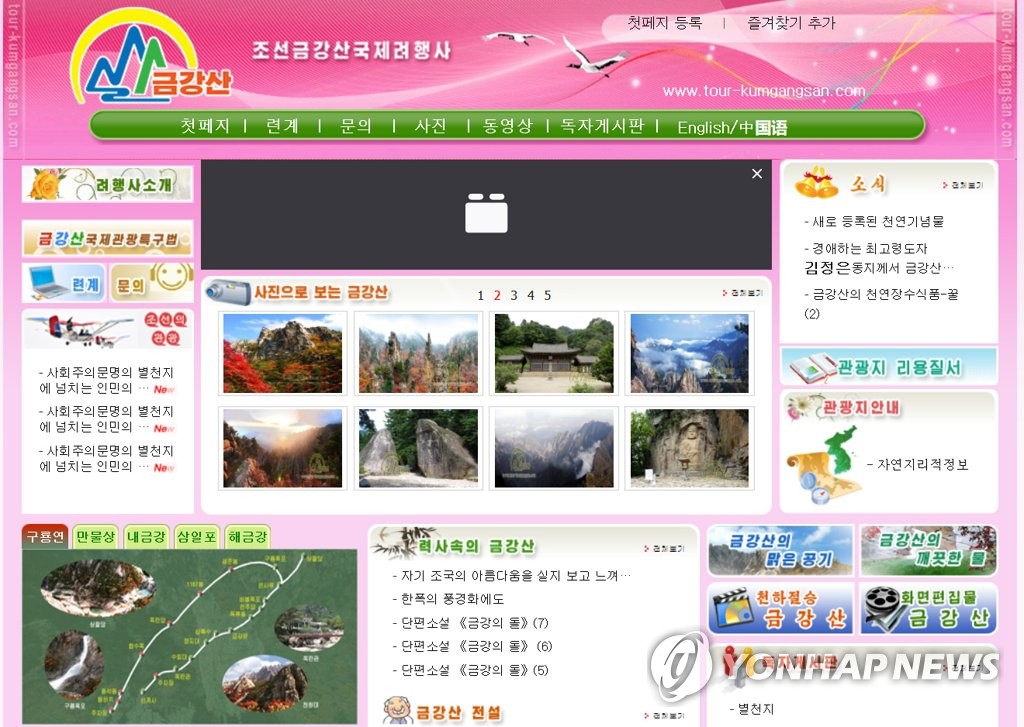 The website run by Kumgangsan International Travel Company has added menus that will allow people to click and choose English and Chinese-language services for information the company is providing on Mount Kumgang on its east coast.

As of Wednesday, only four postings were available in each of the two languages on the website mostly featuring the mountain and leader Kim Jong-un's recent trip to the area, indicating that the services remain in their initial stage.

Kumgangsan International Travel Company is a North Korean agency launched in 2011 in order to lead the development of the mountain as a special tourism zone after South Korea suspended tours to the region in 2008 following the death of its citizen who was killed by a North Korean guard.

The tour project was regarded as a symbol for inter-Korean cooperation and a source of key hard currency for cash-strapped North Korea.

With little prospect for the resumption of the tour project due to global sanctions, leader Kim visited the mountain in October and ordered the removal of "unpleasant-looking" South Korean-built facilities and the construction of an international tourist zone there.

The North recently informed South Korea that it will suspend the destruction plan until the threat from the new coronavirus is completely removed.

As North Korea is intensifying its preventive efforts against the virus, also known as COVID-19, it has increased quarantines for anyone coming from China, giving rise to speculation that the epidemic might hamper its push to promote tourism.
(END)