JUPITER, United States, Feb. 12 (Yonhap) -- When he signed with the St. Louis Cardinals in December, South Korean pitcher Kim Kwang-hyun did so knowing that he will have to battle for a spot in the starting rotation.

It appears as though the competition may turn out to be even tougher than he might have expected.

Before signing his two-year, US$8 million contract with the Redbirds, the left-hander had been a premier starter for the SK Wyverns in the Korea Baseball Organization (KBO) for a dozen seasons. In his first spring training, currently underway in Jupiter, Florida, Kim is up against Carlos Martinez, a former staff ace eyeing a return to the rotation after closing in 2019, in the fight for the fifth spot. 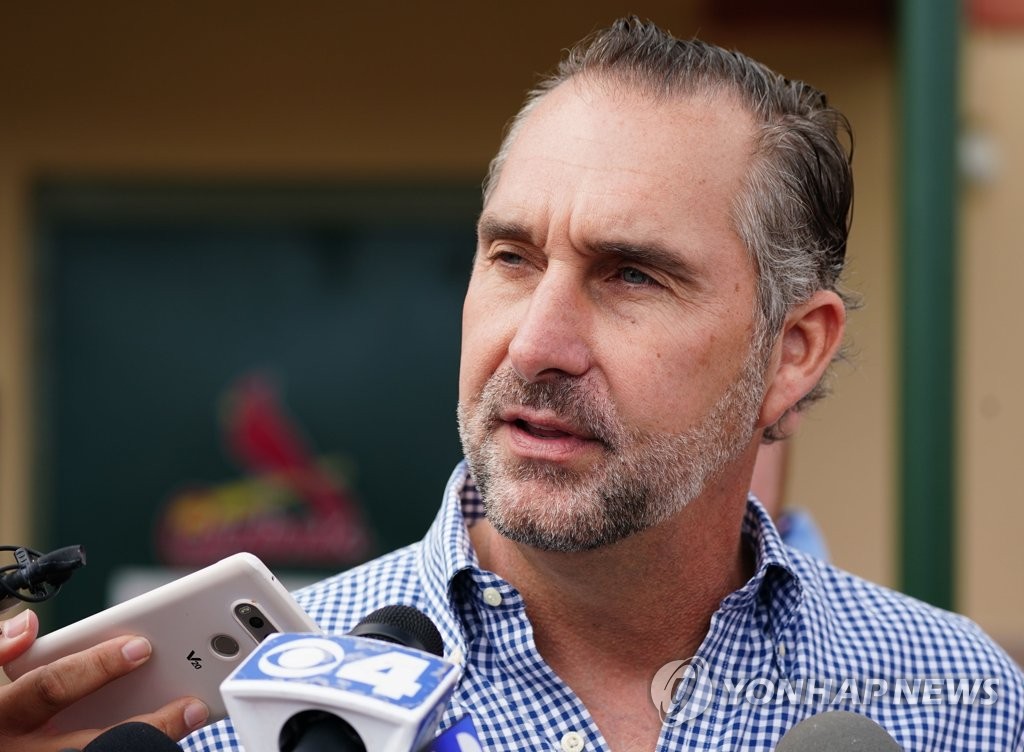 Martinez, a two-time All-Star as a starter with a history of shoulder woes, just may have an inside track, with the Cardinals apparently willing to accommodate his wishes to rejoin the rotation.

"That's what he wants to do, so we're going to give him that opportunity," Mozeliak told reporters outside the clubhouse at Roger Dean Chevrolet Stadium. "Clearly, when you look at what he was once like as a starter, he was really good."

Mozeliak also said pitchers' past history and credentials will matter, and added that spring training won't just be "an open tryout" for everyone else.

"When you look at players on the outside looking in, what you want to see out of this camp is a very productive camp," Mozeliak said.

Though he didn't name any names there, Mozeliak had Kim on his mind as one of those on the outside.

"I think expectations are very high for him right now. You don't sign somebody like KK with the hope of him not being a key contributor to our club," Mozeliak said, referring to the pitcher by his nickname. "In terms of what role he's in, I think that's still to be determined. Obviously, a very talented player. You look at the success he had in the KBO. We're certainly excited about having him and we certainly welcome him. We think he'll be a real positive addition to our club." 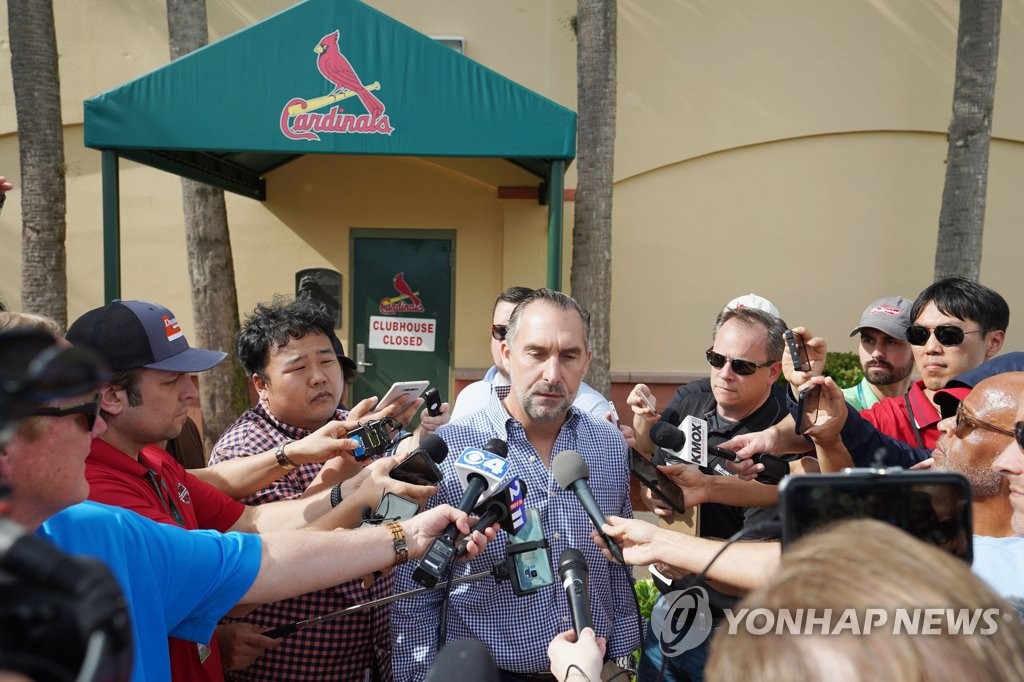 Mozeliak said Kim will get every opportunity to win the starting job, especially with some split squad games on the horizon, but also said his performance alone won't determine where he ends up on the team.

"It's not so much about what he has to prove, as much as what else is happening in the rotation," he said. "Obviously, you want him to pitch well when he gets the ball in spring training. But ultimately, you also want to be able to understand what's happening around him and how other people are throwing. Everybody is going to get opportunities to get some innings and try to go deep. Ultimately, when we decide what the roster is going to look like at the end of March, it's going to be based on what we think is best for the St. Louis Cardinals."