JUPITER, United States, Feb. 12 (Yonhap) -- They say there's no "I" in team. There may be an "I" in South Korean pitcher Kim Kwang-hyun's name, but the new St. Louis Cardinals' left-hander is all about the team.

It's something that his manager, Mike Shildt, is grateful for.

"I appreciate the fact that he's got a really positive attitude about just wanting to help what we do," Shildt told reporters at Roger Dean Chevrolet Stadium in Jupiter, Florida, Wednesday, before the first official workout for pitchers and catchers at spring training. 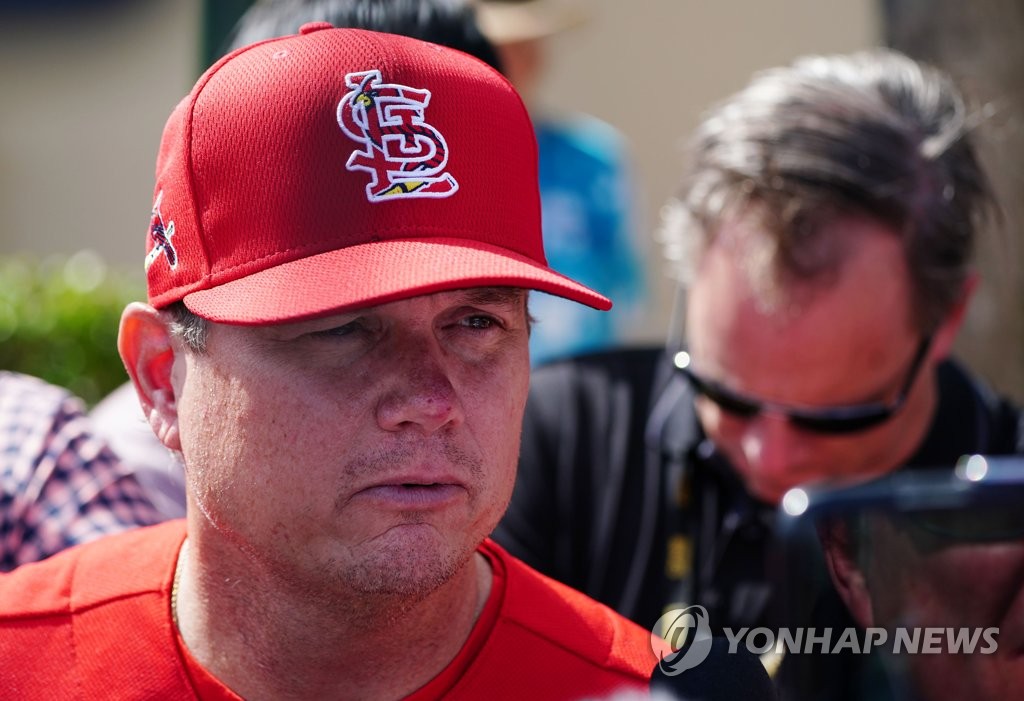 The manager was referring to Kim's well-publicized willingness to do whatever he's asked to do, whether it's to start or to relieve. He had been a top-end starter for 12 seasons with the SK Wyverns in the Korea Baseball Organization (KBO) before joining the Cardinals on a two-year, US$8 million contract.

"I am sure he wants to start and he'll be given an opportunity to start and compete for a starting role," Shildt said. "Ultimately, he just wants to contribute to our team. I appreciate the fact that he is very team oriented and cares about what we're doing."

Carlos Martinez, a former staff ace who served as a closer last year, appears to have an inside track for the fifth spot in the rotation. He was a two-time All-star as a starter and clearly brings more big league credentials to the table than Kim, but Shildt wouldn't yet commit to Martinez as his fifth starter,

"He's done a really nice job this offseason of competing. As far as physically, he looks really good. His arm is in good shape," Shildt said of Martinez. "This time last year, he wasn't in a good spot from a throwing standpoint. He's done everything he needs to do to set himself for success and to have that opportunity to compete as a starter." 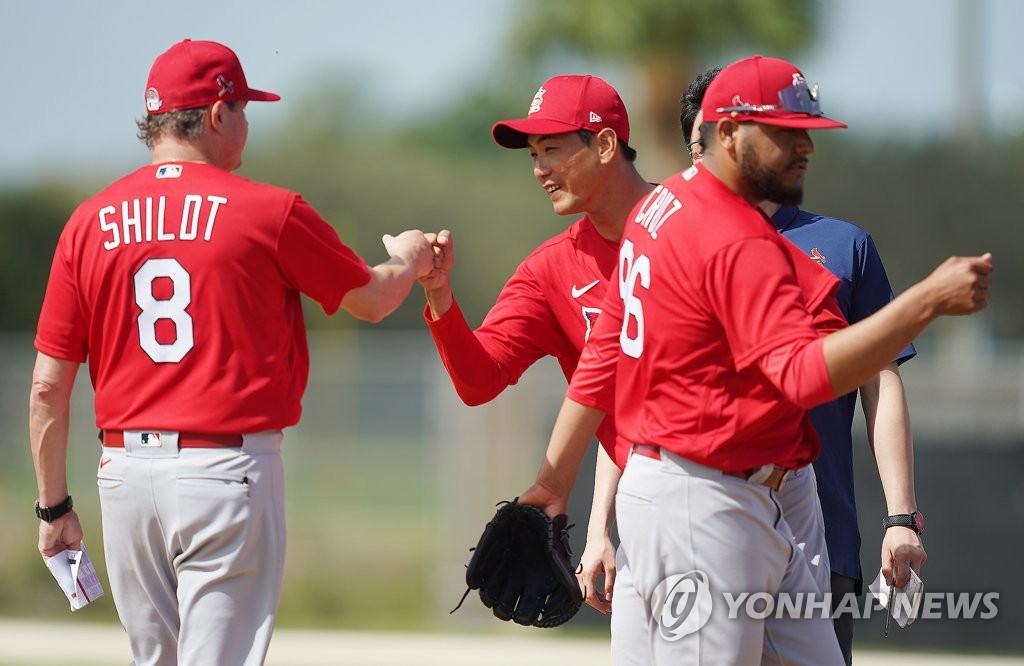 Kim had his first bullpen session on Tuesday and threw 50 pitches, more than a typical bullpen outing at the start of spring training. He's scheduled to make his spring training debut on Feb. 22.

Told about Kim's bullpen pitch count, Shildt said he trusts Kim to prepare himself like the veteran he is.