JUPITER, United States, Feb. 12 (Yonhap) -- When Tommy Edman, a half-Korean utility player for the St. Louis Cardinals, met his new South Korean teammate, Kim Kwang-hyun, for the first time on Tuesday, he dug into his limited reservoir of Korean words.

"We just had some small talk. 'Annyeonghaseyo,'" the smiling Edman said, referring to the Korean expression for "Hello" as he recounted his introduction with Kim at Roger Dean Chevrolet Stadium in Jupiter, Florida.

"I've got to work on my Korean. I feel bad that I am of Korean descent but I can't speak any Korean," said Edman, who has a Korean middle name, Hyun-su. "Maybe I'll teach (Kim) some English and he can teach me some Korean. I am excited to get to know him." 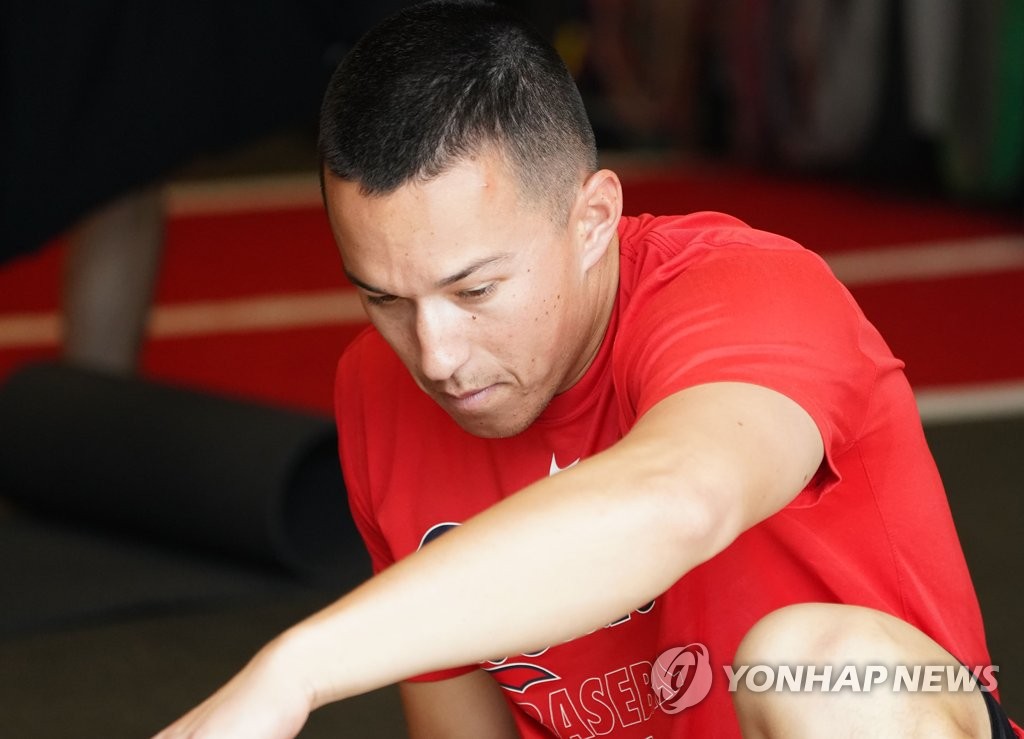 Edman's mother, Maureen Kyung-ah Edman (nee Kwak), was born in South Korea and moved to the United States as a child. She grew up in Los Angeles and Tommy, a San Diego native, said his Korean relatives on his mother's side are all in LA.

"I've spent a lot of time around my mom's family. For holidays and family reunions, we go up to LA," Edman said. "I have some great Korean feasts. My favorite part is the food, with kimchi and Korean barbecue."

Edman, a sixth round draft pick by the Cardinals out of Stanford in 2016, burst onto the major league scene last summer. He made his big league debut on June 8, and went on to bat .304/.350/.500 with 11 home runs, 36 RBIs and 15 steals in 92 games. The switch hitter had 99 hits, including 17 doubles and seven triples, all the while appearing at five different positions -- all three outfield spots plus second base and third base. 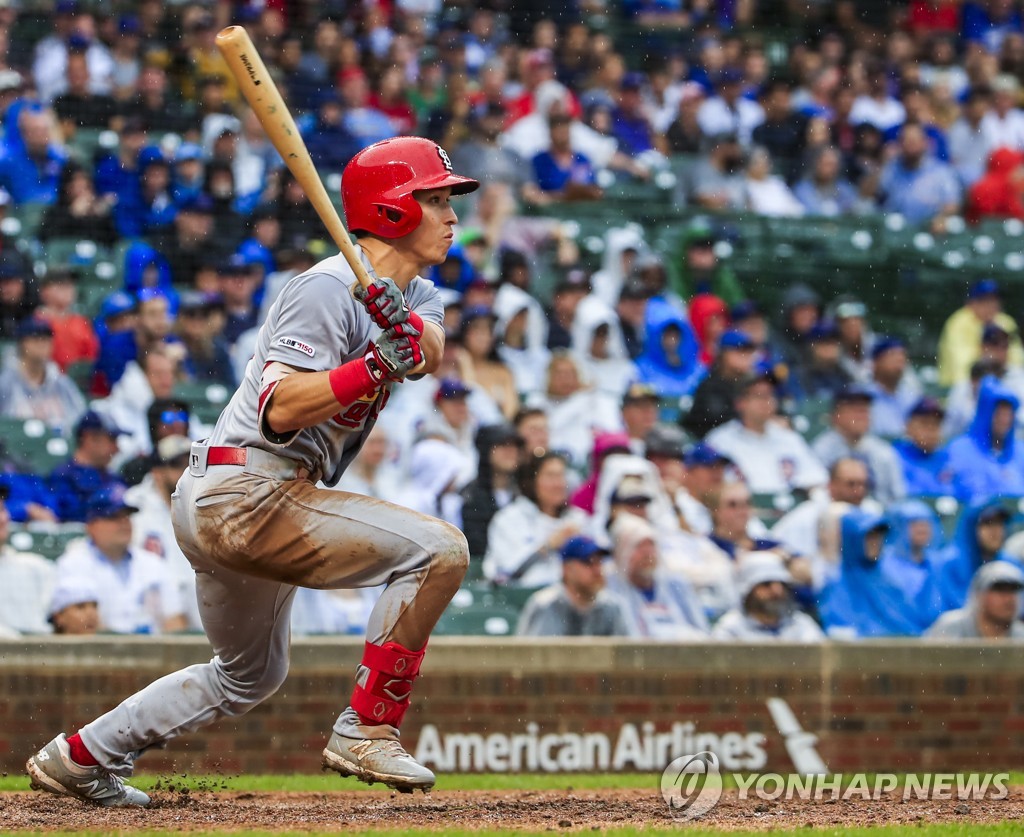 His versatility, coupled with Kim's presence in the same clubhouse, should raise Edman's profile in South Korea this year and beyond.

"I know baseball is huge in Korea," he said. "To have that support is awesome."

This year, Edman is hoping to add shortstop to his list of fielding positions, and he arrived at camp on Tuesday with four different gloves.

Only pitchers and catchers were supposed to report Tuesday, though a few position players, including Edman, still showed up to get some early work done. Position players' reporting date is Sunday.

Edman said he came early this year because he felt "a little rushed" when he arrived only the day before the reporting date a year ago.

That's not the only change for Edman from 2019. 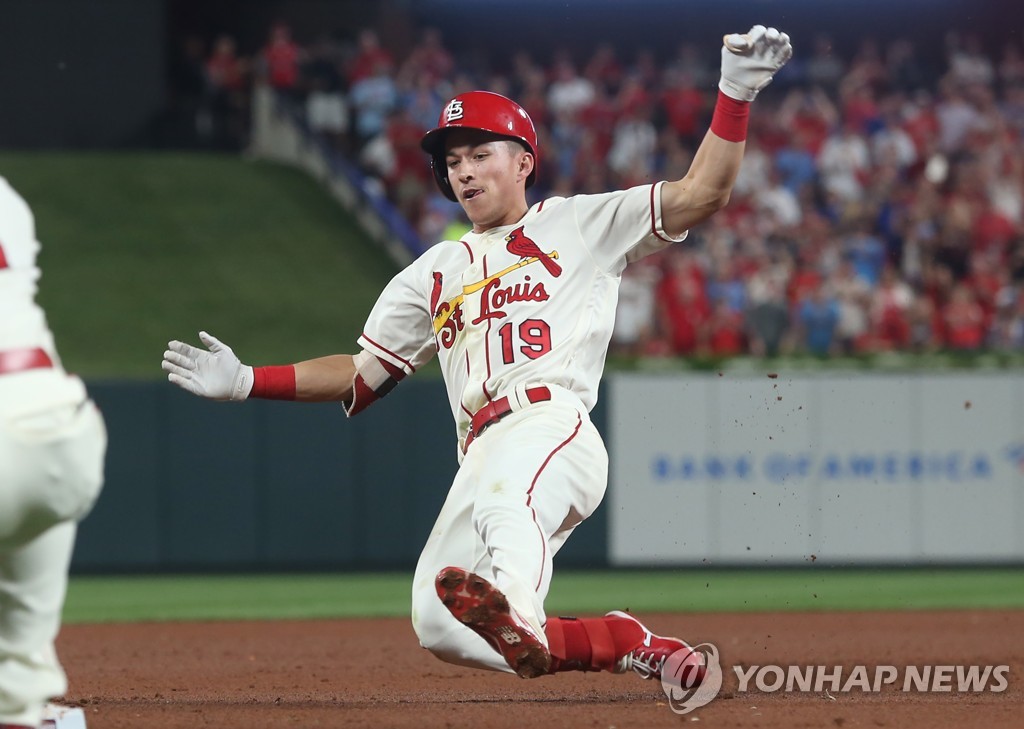 "This spring training definitely has a different feel. I know what to expect, having been up with the big league team last year in the second half," he said. "Now I have expectations going into this year. Last year, coming into camp, I kind of knew I wasn't going to make the team. I was just trying to show the coaching staff what I could do. Now they've seen that all last year. I have more confidence going into this year."

Asked if he feels added pressure to prove that last year wasn't a fluke, Edman said calmly, "Not really."

"I feel I am pretty good at staying within myself and not trying to get outside of my game too much," he went on. "That's what I'll continue to do this spring."