Kim, in a battle for the fifth spot in the rotation, was paired with five other pitchers for some running, fielding and base-covering drills at Roger Dean Chevrolet Stadium in Jupiter, Florida. 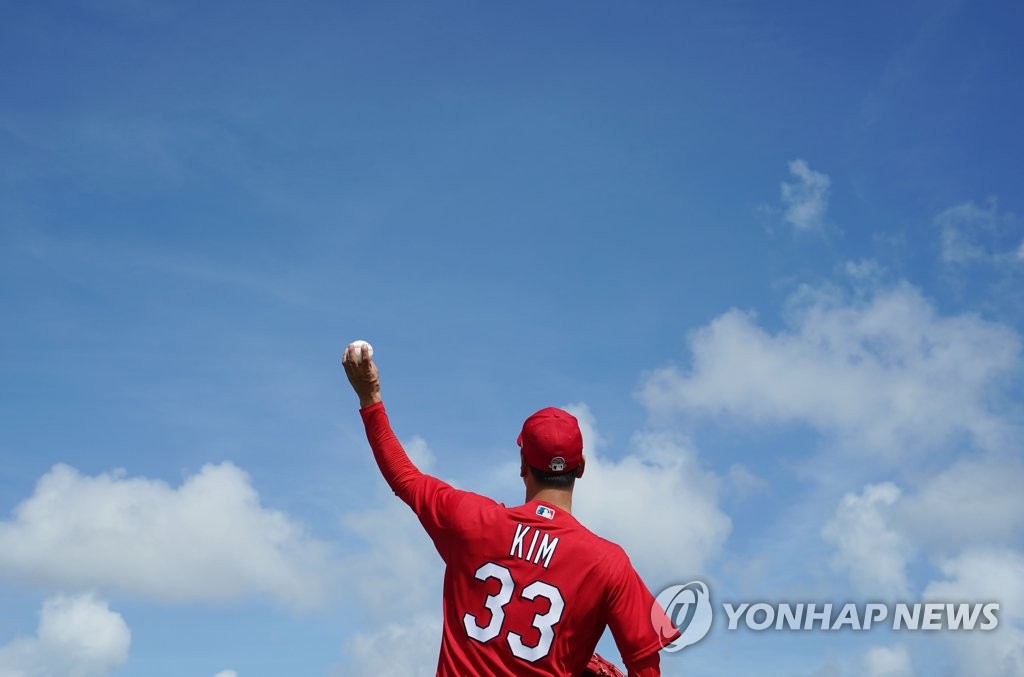 Kim tossed 50 pitches in his first bullpen session on Tuesday, the reporting day for pitchers and catchers.

The 31-year-old southpaw, who signed a two-year deal worth US$8 million in December, is scheduled to make his spring training debut on Feb. 22 against the New York Mets. He will throw another bullpen session on Wednesday and have a live pitching session before the game.

Kim was an MVP-winning starter over his dozen seasons with the SK Wyverns in the Korea Baseball Organization (KBO), but hasn't been guaranteed a spot in the Cardinals' rotation. Martinez, a former starter who served as a closer in 2019, is eyeing a return to the rotation, with the four returnees from last year -- Wainwright, Miles Mikolas, Dakota Hudson and Jack Flaherty -- virtually assured of their places. 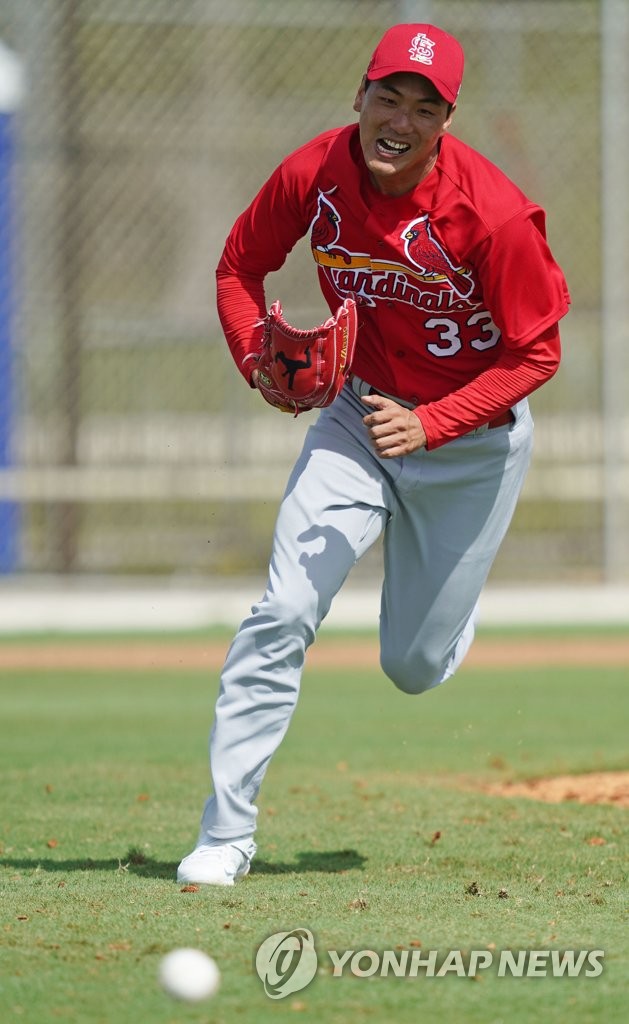