JUPITER, United States, Feb. 12 (Yonhap) -- South Korean pitcher Kim Kwang-hyun switched teams this offseason, from the SK Wyverns in his native country to the St. Louis Cardinals in the majors. But both teams use red and white as their main colors of their uniforms. And when Kim donned his Cardinals uniform for the first time in spring training Wednesday, it brought back memories in more ways than one.

"I was in full uniform, all the way down to the cleats, for the team meeting before practice," Kim recounted his official first day of workout at Roger Dean Chevrolet Stadium in Jupiter, Florida. "It felt a little strange at first." 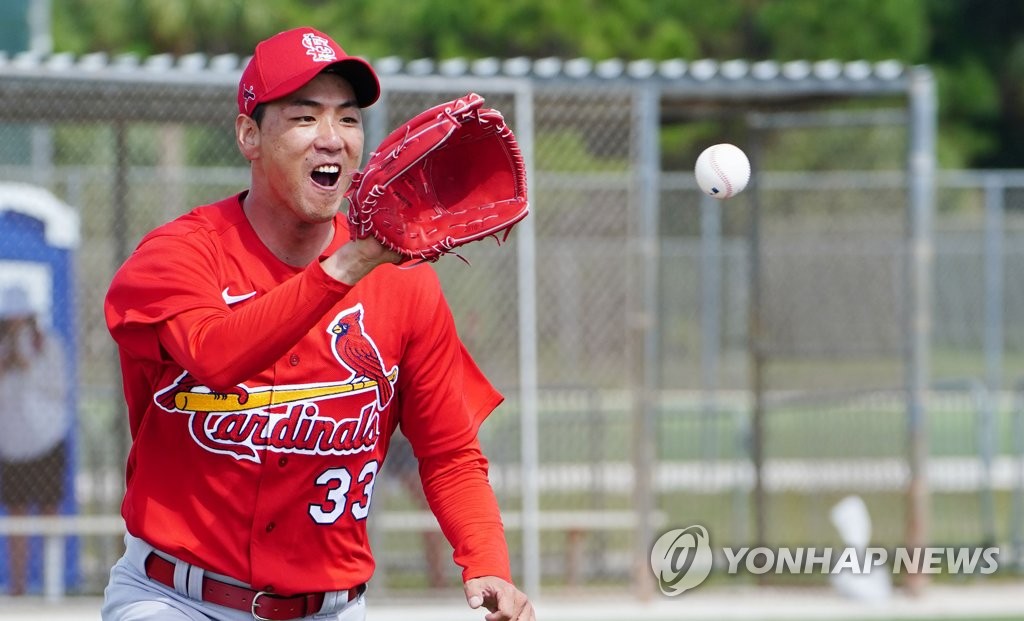 But then Kim was reminded of the time when he did exactly that with the Wyverns. When Lee Man-soo, former bullpen catcher for the Chicago White Sox, managed the Wyverns from 2011 to 2014, he ordered his players to be in their full game gear for meetings.

"He told us this was how they did things in the majors," Kim said with a smile. "So today took me back in time. I now think that was a pretty valuable experience."

Kim and the rest of the pitchers and catchers had their first official workout on Wednesday. Kim was grouped with five other pitchers as they went through some running and fielding drills.

"It was a chance for me to get to know some guys," Kim said. "Even though I don't speak English yet, these guys still come up to me and try to talk to me. I appreciate that, and I think I should be able to fit in pretty quickly."

Kim admitted he struggled a bit under the scorching Florida sun, but he didn't want to show it -- which is why he tried to keep his trademark smile on his face. 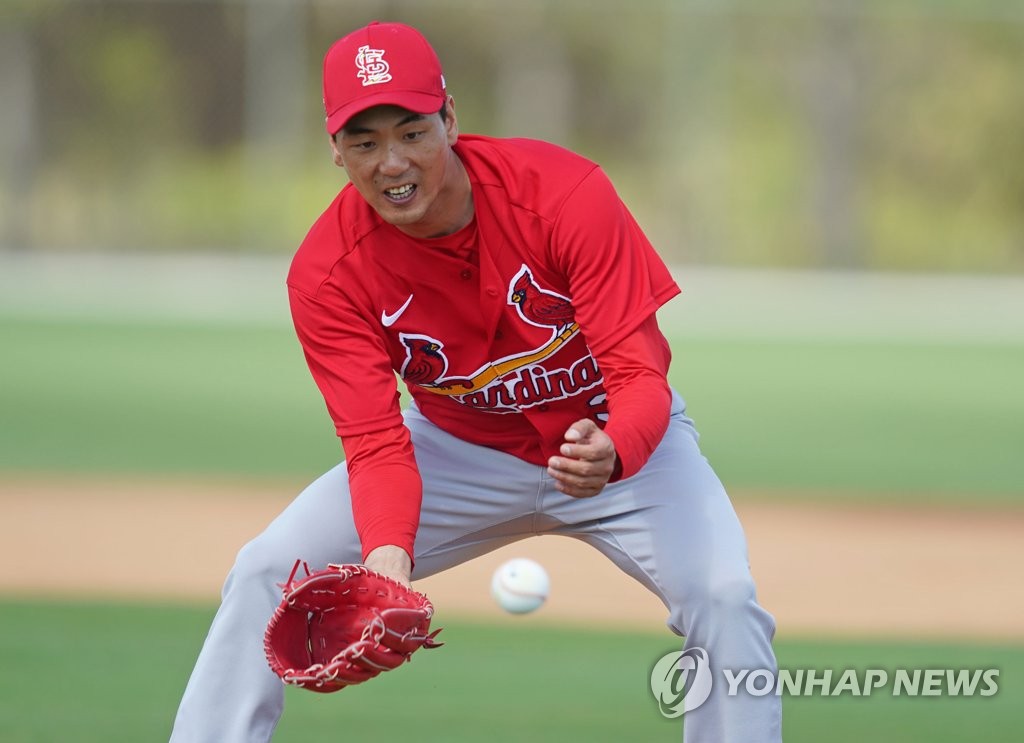 "I felt like I finally got in some real workout," Kim said. "When I was training on my own, there were times when I might have gone easy on myself. But this was different."

Kim, who'd been a starter for his 12-season career in the Korea Baseball Organization (KBO), is locked in a battle with Carlos Martinez for the fifth spot in the rotation. Martinez, a two-time All-Star as a starter, was the Cardinals' closer last season, and has made it clear he wants to return to the rotation again.

Kim and Martinez were in the same training group, but there was no sense of awkwardness on their first day together. 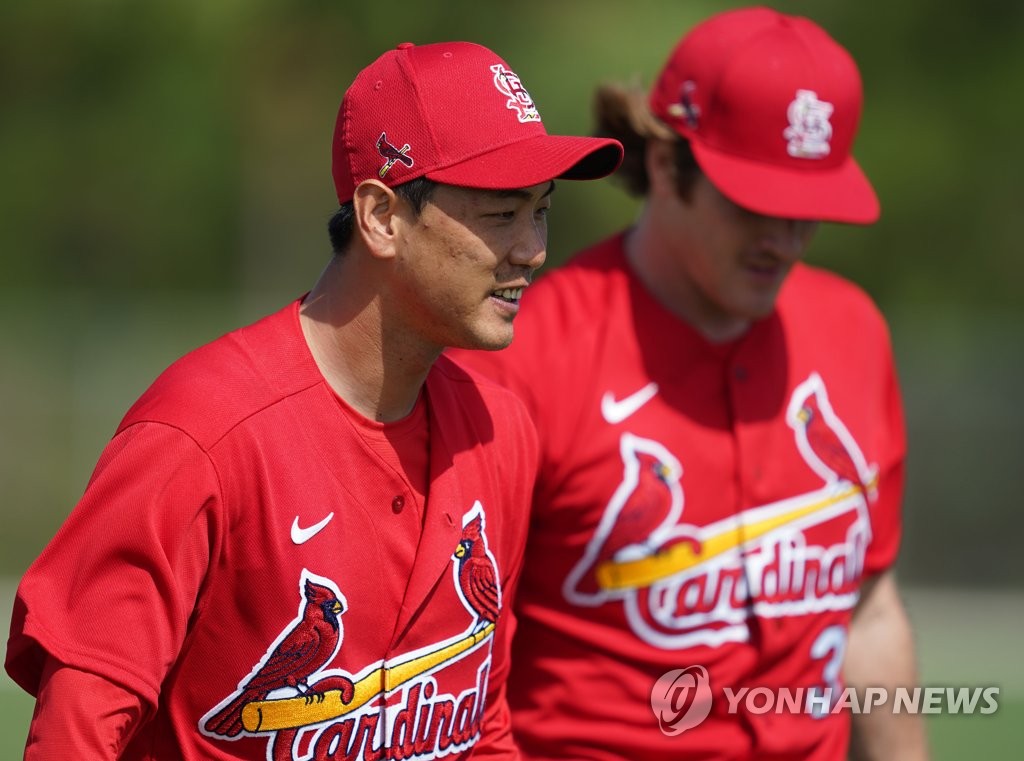 "He seems like a pretty energetic guy," Kim said of Martinez. "There were other players who also didn't speak English, and Carlos (who's bilingual in English and Spanish) served as an interpreter between me and those guys."

Kim didn't need any interpretation help during pop-up drills. In his KBO days, he used to yell, "My ball," to call off other fielders. That expression is no bueno in the majors, where players are taught to yell, "I got it."

Kim said Adam Wainwright, the elder statesman on the pitching staff, teased him for his pronunciation, saying it reminded him of a former St. Louis reliever from South Korea, Oh Seung-hwan.

"I guess I have to keep working on those words," Kim said, laughing. 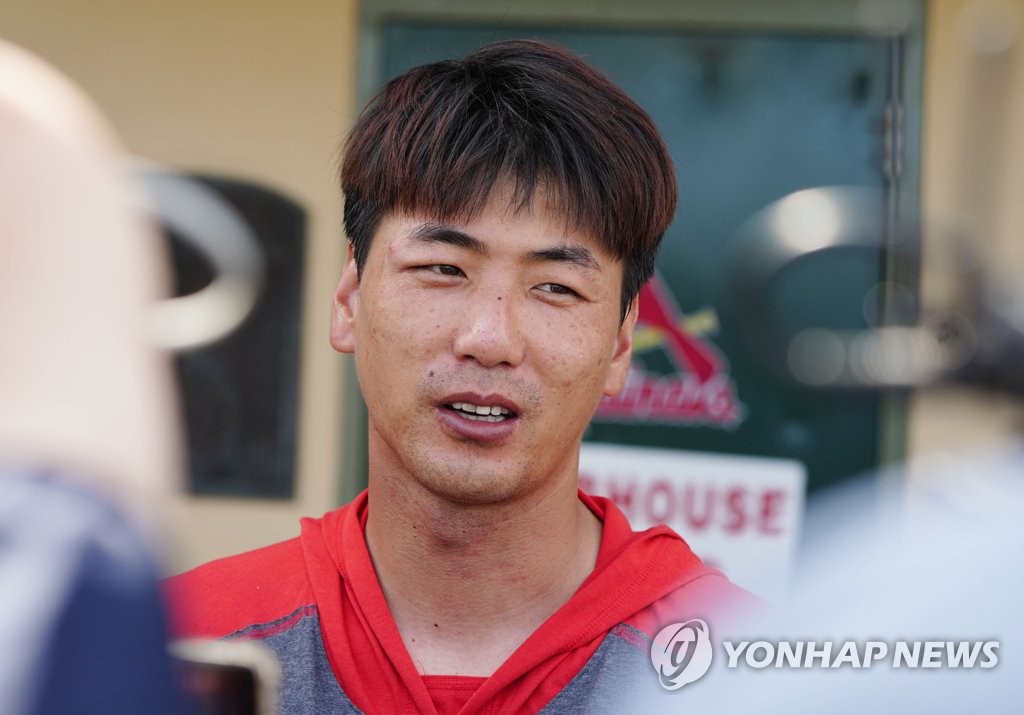