SEOUL, Feb. 13 (Yonhap) -- A North Korean propaganda outlet lashed out at South Korea's main opposition party on Thursday over its decision to scout a North Korean defector, known for his appearance at a U.S. State of the Union address, ahead of April's general elections.

Last month, the Liberty Korea Party (LKP) announced its decision to recruit Ji Seong-ho as one of the new faces who will run for the April 15 parliamentary elections. Ji is known for his surprise appearance at U.S. President Donald Trump's State of the Union speech in 2018.

As Trump introduced Ji during the address, Ji triumphantly held up his crutches, drawing a standing ovation. He is believed to have lost an arm and a leg in a train accident in 1996 when he passed out over a railway due to starvation after attempting to steal coal. He defected to the South in 2006.

Uriminzokkiri, a North Korean propaganda outlet, denounced his recruitment, calling him a "shameful person" who is trying to deceive and profit by smearing his mother country.

"(He) is running amok deceiving his past dirty deeds to extract as much money as possible ... while leading anti-republic smearing campaign," the website said. "Ji Seong-ho, a fugitive who crossed into the South, is a cruel, vicious and shameful person."

The website said that Ji is a greedy person who would never hesitate to desert his own wife for money, adding that his friends and neighbors have testified about his cruel and violent personality.

It is not rare for North Korean media outlets to level strong criticism against North Korean defectors, blaming them for crimes, though their claims are hard to prove.

Ji, currently a human rights activist, is one of two high-profile North Korean defectors that the LKP has recruited ahead of the April elections. Earlier this week, Thae Yong-ho, a former senior North Korean ambassador, announced his bid to run in the upcoming elections as a member of the opposition party. 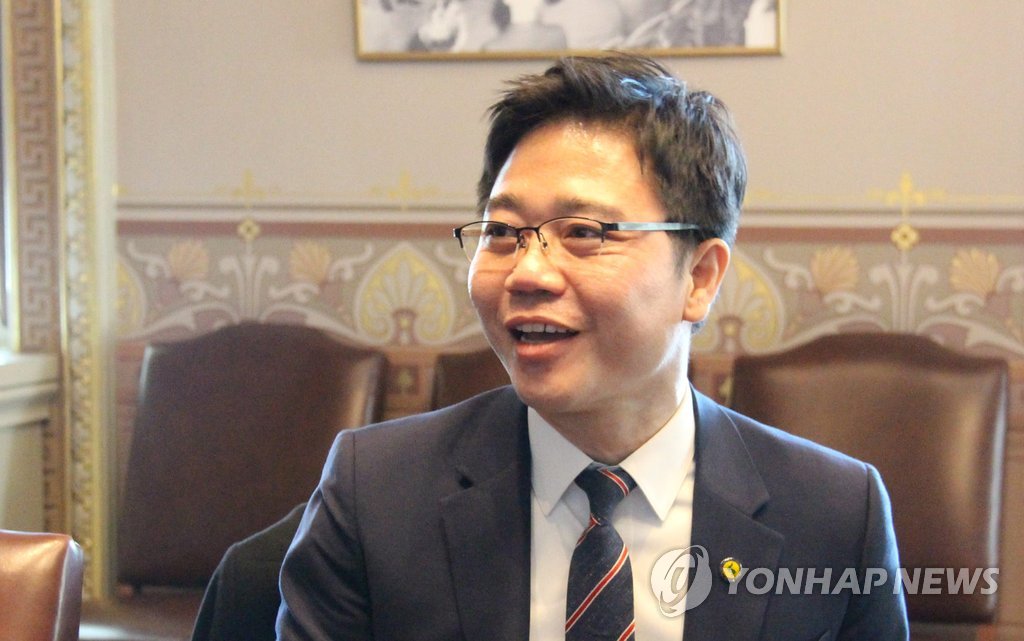