"There are pending bilateral issues. (This year) marks the 30th anniversary of (South Korea and Russia) establishing diplomatic relations. And there's a matter to discuss in connection with President Putin's visit to South Korea," Kim told reporters upon arriving at the Moscow international airport.

He would not confirm whether he would touch on inter-Korean cooperation and stalled denuclearization talks between Pyongyang and Washington during his meeting with Russian officials.

"I can't speak about it (to you)," he said, adding he has no plan to meet any North Korean official here.

Putin is expected to travel to South Korea in the first half of this year.

"There seems to be a need to discuss relevant specifics," Kim said, referring to such things as the visit's scheduling. 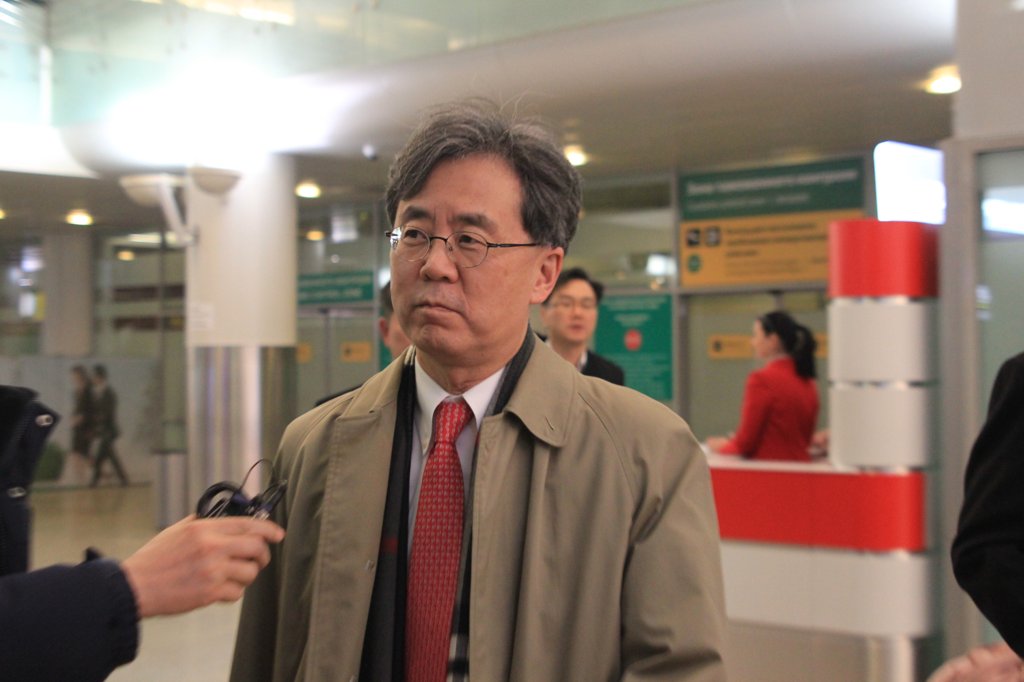 The Moon Jae-in administration of South Korea is seeking to improve partnerships with the Putin government, especially over its push for trilateral economic projects involving North Korea.

The government hopes to reconnect roads and railways across the Demilitarized Zone (DMZ) that bisects the peninsula and link them to Europe via Russia.

Russia is a member of the now-halted six-party talks on Pyongyang's nuclear program, along with the two Koreas, the U.S., China and Japan.

Kim said he will return directly to Seoul this weekend after the Moscow visit.

Earlier this month, he made a trip to Washington D.C. for talks with U.S. officials.