SEOUL, Feb. 13 (Yonhap) -- President Moon Jae-in expressed confidence Thursday that South Korea will soon bring the novel coronavirus pandemic under control and stressed it is time to resume full-scale efforts to revitalize the economy, meeting with a group of local business leaders.

He emphasized that quarantine authorities here would continue their efforts "until the end" to contain the virus. 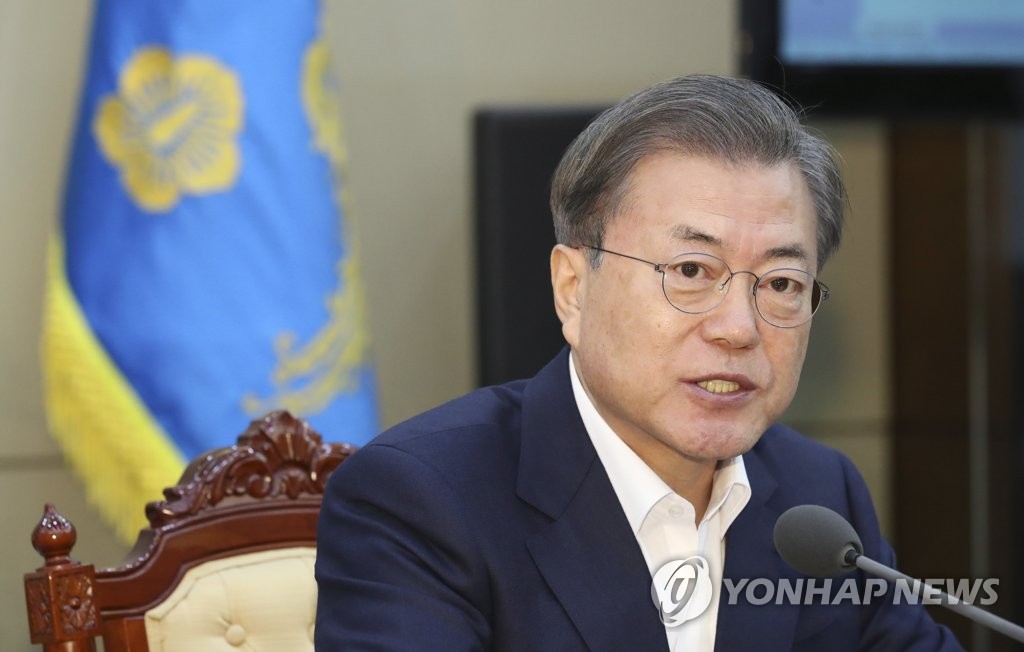 "It is a great achievement that has shown the excellence of the Korean Wave to the world once again," Moon said, referring to the homegrown film's winning of four awards at the 92nd Academy Awards.