SEOUL, Feb. 13 (Yonhap) -- President Moon Jae-in expressed confidence Thursday that South Korea will soon bring the novel coronavirus epidemic under control and stressed it is time to resume full-scale efforts to revitalize the economy, meeting with a group of local business leaders.

He emphasized that quarantine authorities here would continue their efforts to contain the virus "until the end."

He pointed out that aggressive, forward-looking investment has served as a stepping stone toward revitalizing the economy and fostering innovative growth.

"The government will protect the safety of the people and companies at any cost," he stated, asking private firms to make the facility investments they had planned to before the viral outbreak. 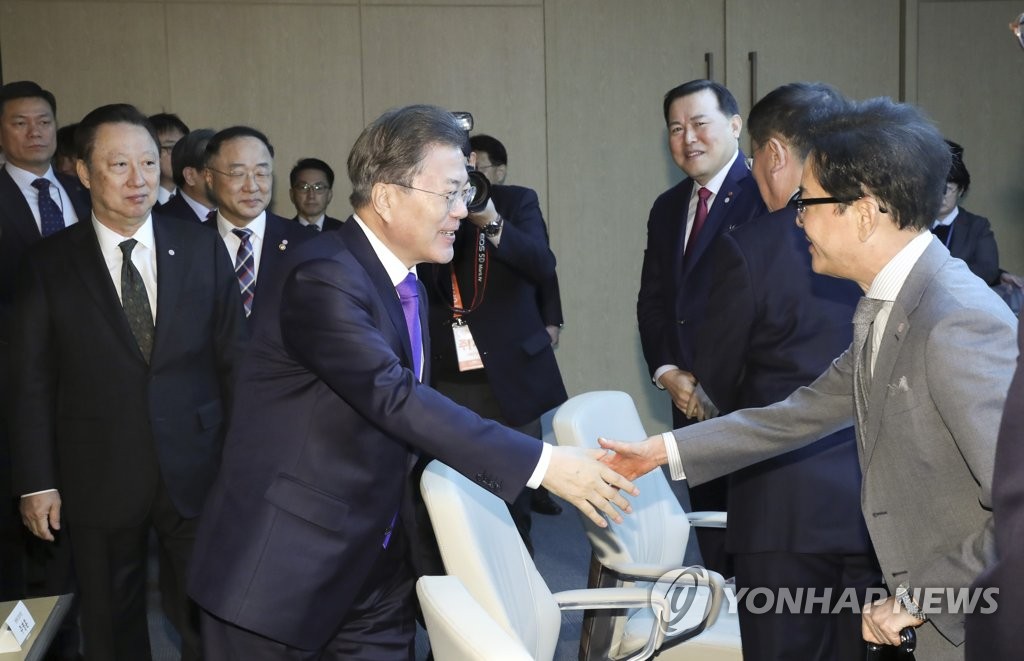 "It is a splendid achievement that has shown the excellence of the Korean Wave to the world once again," Moon said, referring to the homegrown film's winning of four awards at the 92nd Academy Awards.

Recently, Moon added, South Korean companies have given the people "hope" with their unceasing challenge and innovation.

The CJ chief agreed that the good news from Los Angeles is granting some comfort to South Koreans amid the virus epidemic, according to Cheong Wa Dae spokesperson Kang Min-seok.

"It bodes well for the Republic of Korea," Lee was quoted as telling Moon after the president's opening remarks. "This crisis will be overcome in the near future."

Of course, he added, CJ Group is also suffering "various effects" from the viral outbreak, but he reaffirmed that it would go ahead with investments as planned.

He requested that the Moon administration provide plenty of support for the culture and contents industry as well as aviation, tourism and retail sectors.