SEOUL, Feb. 13 (Yonhap) -- The Supreme Court upheld a lower court's conviction of a power blogger Thursday for carrying out an illicit cyber operation to sway public opinion in favor of President Moon Jae-in ahead of the 2017 presidential election.

In August 2019, the appellate court sentenced Kim Dong-won, better known as his nickname Druking, to three years in prison for manipulating internet comments on news articles and bribing a lawmaker.

He was also sentenced to a six-month jail term, suspended for one year, for violating the political funds law.

Kim was indicted for running a computer program to artificially jack up the number of "likes" for internet political comments to boost public sentiment for the then-main opposition Democratic Party (DP), now the ruling party, and its presidential candidate, Moon.

Moon won the snap election in May 2017, two months after Park Geun-hye was removed from office over a corruption scandal.

Courts earlier ruled that Kim masterminded the illegal cyber operation for his personal gain and that his operation provided substantial assistance to the DP in its election campaign.

Whether the top court's decision could affect a trial by South Gyeongsang Province Gov. Kim Kyoung-soo in a related case draws attention.

Kim, Moon's confidant, was sentenced to two years in prison in January 2019 for colluding with Druking for the illicit cyber operation. He was later released on a bail. 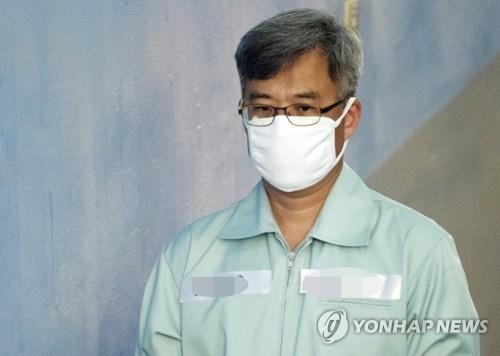