SEJONG, Feb. 13 (Yonhap) -- South Korea has yet to decide when the country's pig farms that reported cases of African swine fever (ASF) will be allowed to reopen, the agriculture minister said Thursday, noting the country may still be vulnerable to the deadly disease amid reports of infections among wild boars.

"In order to allow the affected farms to resume operations, infections from wild boars should at least slow down," Agriculture Minister Kim Hyeon-soo said during a meeting with reporters. "At the current rate of increase in the number of infected wild boars, now is not the time."

South Korean quarantine authorities said they have found more wild boars infected with ASF in areas near the border with North Korea this week, bringing the number of such cases to 185. 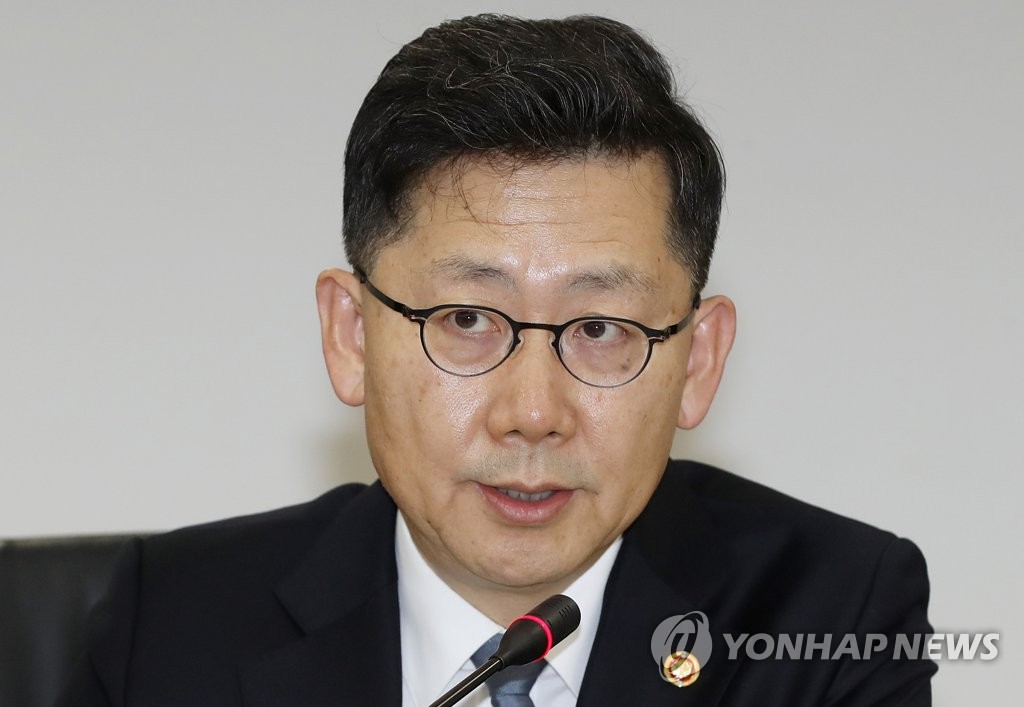 The country confirmed 14 ASF cases at pig farms last year, after the first case of the deadly hog disease was confirmed in a border area in September.

To prevent the spread of the virus, local authorities have culled nearly 400,000 pigs. Since early October, however, no additional case has been reported from domestic pigs, despite a steady increase in the number of cases involving wild boars.

The affected pig farms are currently waiting for approval to resumption operations.

"We are still investigating how the wild boars were infected. There are some speculations, but we still cannot jump to a conclusion," Kim added. "It is true that North Korea was also infected with the virus, but we need to keep investigating further."

South Korea, meanwhile, plans to install more fences in the border area to control the travel of wild boars and prevent their possible contacts with domestic pigs.

All confirmed cases from wild boars and domestic pigs have come from border areas.