SEOUL, Feb. 13 (Yonhap) -- A set of books carrying the script and the director's hand-drawn storyboards of "Parasite" has stormed to the top of local book sales charts this week following the film's historic Oscar victories.

The two-volume set sold 1,110 copies on online bookstore Yes24 on Monday alone, the day the film won four Oscar awards (Korean time), becoming one of the 10 highest-selling books with the major online bookseller.

As of Wednesday, the book was the daily top seller on Yes24 as well as on the online wing of Kyobo Book Center, the biggest bookstore chain in South Korea.

The books also topped the weekly sales chart of another major online book distributor, Aladin, for the second week of February.

The buying rush came after "Parasite" picked up four awards, including best picture, at the 92nd Academy Awards held in Los Angeles on Sunday.

The Korean film became the first ever in the Academy's 92-year-old history to win both best international feature film and best picture, and also bagged the Oscars for best director and best original screenplay, propelling director Bong Joon-ho to the forefront of the cinema world. 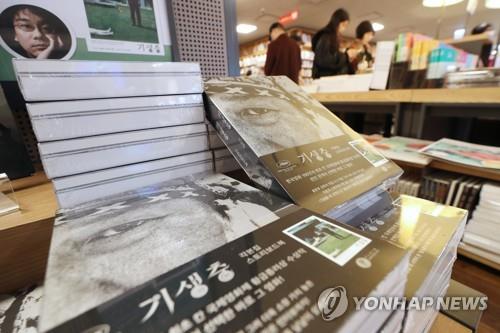 Composed mainly of the film's script and Bong's own pre-sketches of the shooting scenes along with his comments and interviews, the books provide a rare glimpse into the creative mind of the director as well as some stories behind the movie's making.

Having been a student cartoonist himself, sketches and drawings have reportedly been a major source of reference and creativity for Bong, whose works are so detail-oriented that viewers nicknamed him "Bongtail."

Choi Woo-sik and Park So-dam, who played of the brother and sister of the poor family in "Parasite," have shed light on the obsessively detail-minded side of Bong.

"There were a lot of (instructions about) the placement of a character in the film frame. It was difficult to follow the long line of (pre-set) movements, but it was an interesting experience," Choi said in a press conference in April last year. Park also mentioned that Bong's continuity log sheet had everything thoroughly pre-planned ahead of the shooting.

Filled with Bong's own sketches and accompanying memos from cover to cover, the storyboard book is a testament to the director's exhaustively thorough story writing and directing style.

The publisher, Plain Archive, did not correct or edit misspellings or Bong's dancing hand writing in the storyboards to present the intimate processes of the story writing and the filmmaking as genuinely as possible.

"It's been 20 years since I've had the job of film director. I come up with ideas, write a scenario, draw storyboards, shoot the scenes, edit and record. The 20 years in my past have solely been seven repetitions of the process and I would hope no more from my life if I can repeat the process continuously," Bong said in his preface of the books. He has made seven feature films, including "Parasite."

Referring to the scenario and the storyboard books, Bong also said they are "records of the moments I am most lonely and alone, the most personal and tranquil records (that were made) before going through the exciting chaos of the on-site shooting."

On the sidelines of the books are Bong's accounts of his screenwriting of "Parasite" and behind stories of the filmmaking.

According to the accounts, Bong took inspirations from two historically notorious criminal cases.

He took cues from the image of a bunker of Josef Fritzl, seen from Netflix "Josef Fritzl: Story of a Monster," dealing with the man's imprisonment and rape of her daughter, in order to visualize the basement bunker in "Parasite."

A well-known French murder story involving the Papin sisters was a major inspiration from the early stage of Bong's scenario writing and he continuously referred to the story of two sisters and house maids who killed their disrespectful masters at a French village in 1933 as he wrote "Parasite." 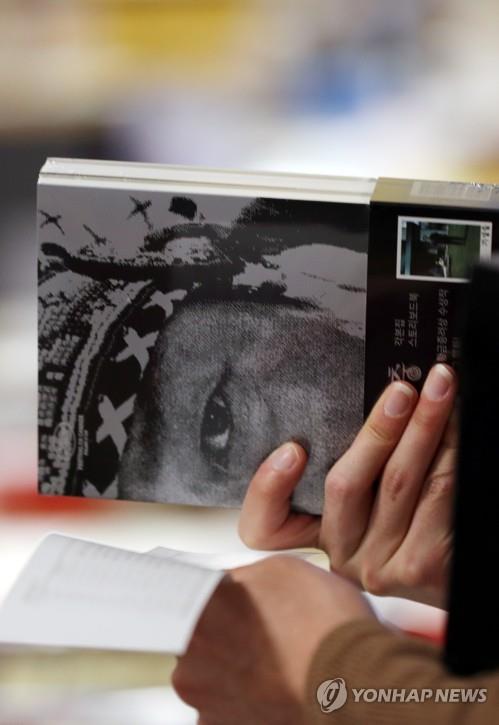