SEOUL, Feb. 13 (Yonhap) -- With the stunning Oscar victories of South Korean auteur Bong Joon-ho's "Parasite," other creative minds involved in the film's production have also come under the spotlight.

"I want to give praise to our great cinematographer Hong Kyung-pyo, production designer Lee Ha-jun and editor Yang Jin-mo," Bong said after accepting the best international feature film Oscar at the 92nd Academy Awards in Los Angeles on Sunday. 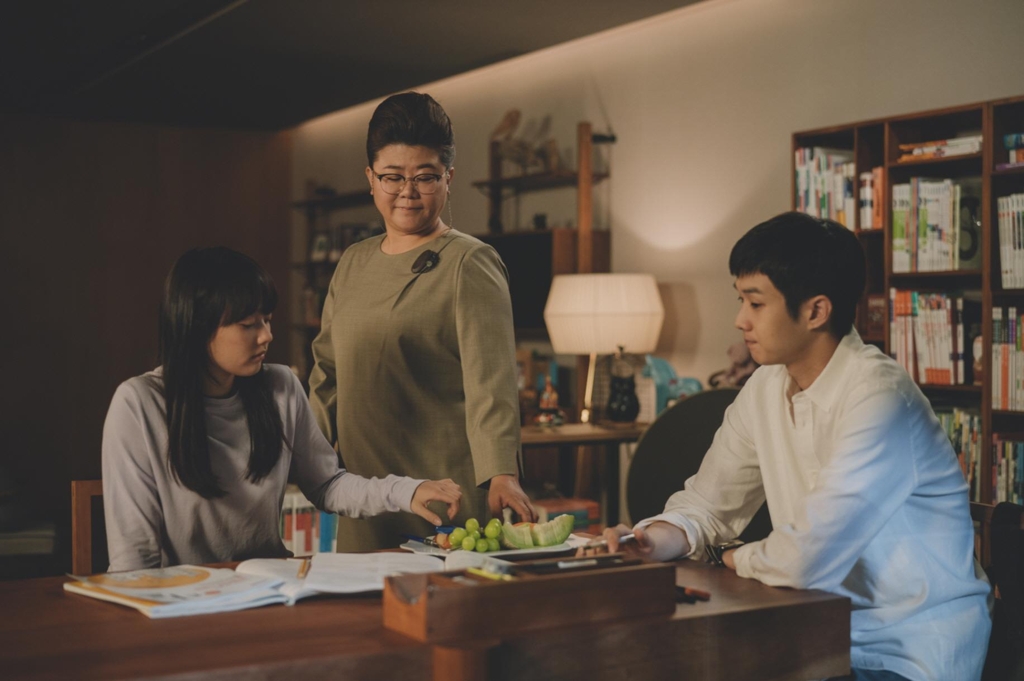 "Parasite" tells the tragicomic story of two families, one rich and one poor, who become entangled in a string of mishaps.

In the beginning, the film hooks the audience with laughs, giving the appearance of being a comedy drama. Then it segues into suspense, thriller and horror, with viewers hardly noticing the transition. 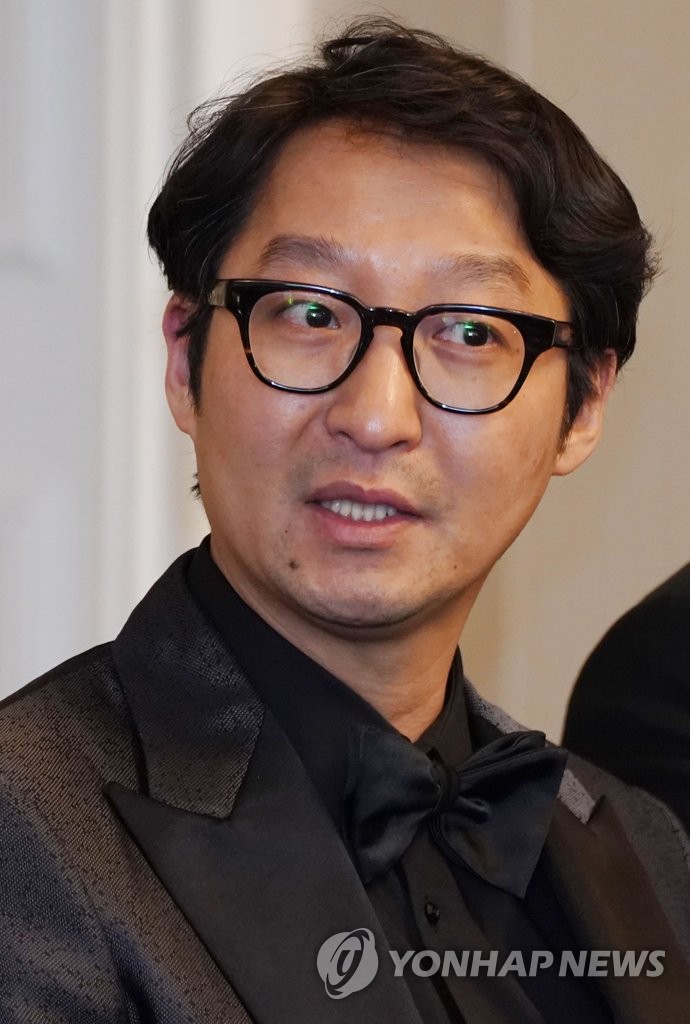 He fine-tuned the film's pacing and managed the escalating suspense from beginning to end.

One scene liked by fans of "Parasite" is the so-called peach allergy scene, in which the wily Kim siblings poison the housekeeper of the wealthy family so as to replace her with their mother.

Using fast music and slow motion, the editor put a montage together that shows them rehearsing their lie, gaining the trust of their employer and achieving the desired results. From that point, the pace of the story gains speed and is ready to shift gears and enter darker territory.

Yang was nominated for best film editing at this year's Oscars for his contribution to "Parasite," alongside the editors of "Ford v. Ferrari," "The Irishman," "Jojo Rabbit" and "Joker." He won an Eddie Award from the American Cinema Editors in January.

Production designer Lee Ha-jun, who built the iconic mansion of the rich Park family and constructed the Kims' semi-basement house, was another person of merit. 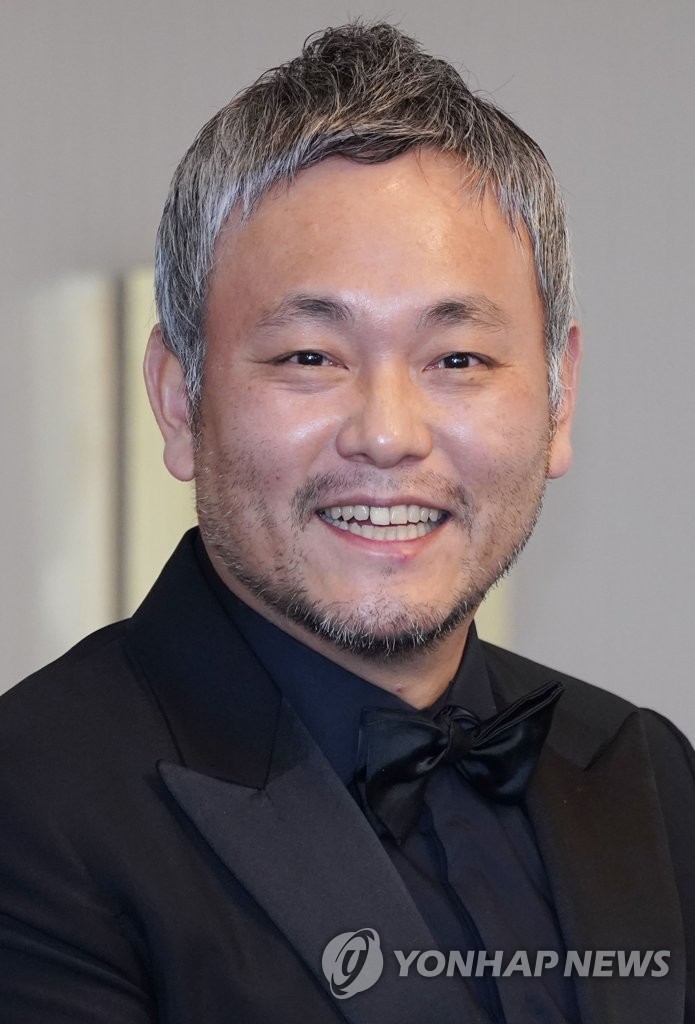 Mr. Park's architect-designed house had to look opulent and gaudy, in contrast to the poverty-stricken appearance of Ki-taek's.

Lee said he filled the house with expensive, high-end furniture, home appliances and props and decorated it with luxurious wallpaper and artworks from cellar to rafters. Even the trees in the garden were carefully chosen by the design team.

"In order to show the clear contrast with the semi-basement apartment, I used staid, composed colors and materials to build the house and stuffed it with furniture and paintings," Lee said.

He clinched an award at this year's Art Directors Guild (ADG) awards in the contemporary film category and earned an Oscar nomination for best production design.

The veteran cinematographer, who cooperated with Bong on "Snowpiercer" and "Mother" (2009), was the one who made the class contrast come to life onscreen, emphasizing hierarchical spaces through sunlight, rain and staircases in his camera work. 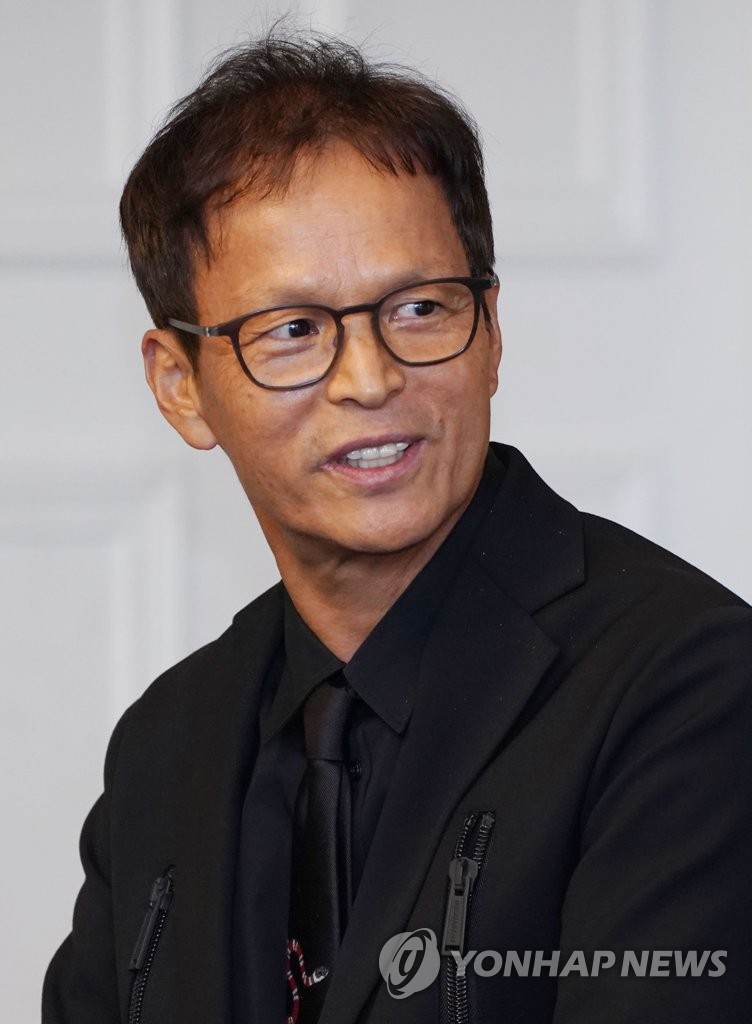