SEJONG, Feb. 13 (Yonhap) -- South Korea plans to unveil measures to support exports as early as next week as the coronavirus epidemic in China is expected to cast a shadow on the Korean economy, Finance Minister Hong Nam-ki said Thursday.

Hong said the Korean economy is expected to face a bigger economic impact from the virus, COVID-19, than that of the Middle East Respiratory Syndrome (MERS) outbreak in 2015.

However, Hong said, "Too much fear can hurt the (Korean) economy," urging people not to be too cautious and go on with everyday activities as the government has been working on the full control of the disease, including infection prevention.

"The government's task is to minimize the economic impact and swiftly support companies that are expected to be negatively affected (by the coronavirus epidemic)," Hong said. 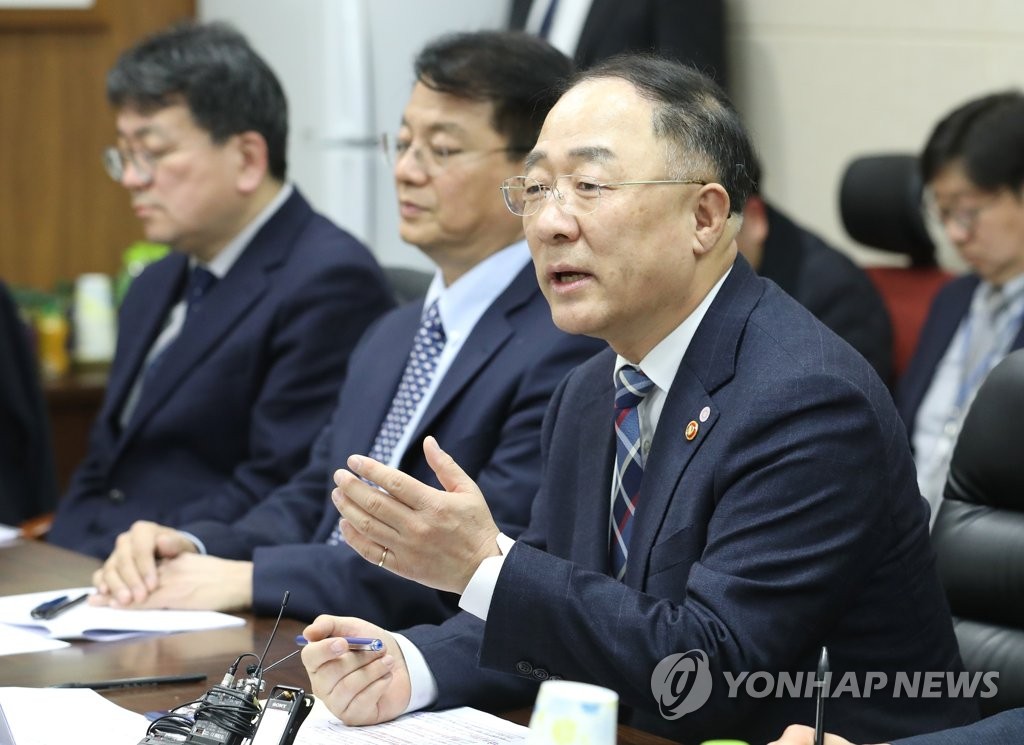 The government will also come up with additional measures in the coming weeks to help local firms cushion the economic impact of the virus.

Such measures will include policy tools to boost local tourism, exports and private consumption, he said.

South Korea's tourism sector is expected to take a harder hit from the virus, as a large proportion of visitors come from China.

The nation's manufacturers, including Hyundai Motor and Kia Motors, have been affected by a shortage of auto parts from China.

It is difficult to gauge how broadly the virus will spread, but the little-known disease is expected to negatively affect the Korean economy.

Hong has said the virus will exert a downside risk on the Korean economy unless it is swiftly brought under control.