The Supreme Court upheld lower courts' not-guilty verdicts for 111 Jehovah's Witnesses who were charged with refusing to serve in the military in violation of the Military Service Act, saying their conscientious objection was justifiable.

It is the first time the Supreme Court has confirmed a not-guilty verdict for conscientious objectors after it ruled in November 2018 that religious and conscientious beliefs are to be considered valid reasons for refusing the military service mandate. 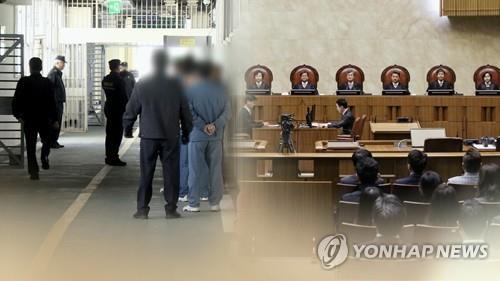 At that time, the top court said that punishing conscientious objectors for refusing the conscription on grounds of religious faith is an excessive constraint on an individual's freedom of conscience. It also said that a person's religious belief must be deep, firm and true to be recognized as true conscience. Under the judicial guideline, local courts have carefully examined the religious views of conscientious objectors with dubious records of religious activity.

The Supreme Court said it approved the acquittal of the 111 Jehovah's Witnesses, noting they have persistently conducted religious activities regardless of their military obligation.

For instance, one of the believers, surnamed Park, inherited his religious belief from his parents, both believers in the Christian sect, and has faithfully engaged in evangelism and voluntary services since receiving baptism by immersion in August 2010, the court said. Park has consistently argued that he refuses to serve in the military because using weapons of destruction is against his religious beliefs. He also expressed a willingness to undertake alternative service outside the military.

Park was sentenced by a district court to 18 months' imprisonment before being acquitted by an appellate court following the 2018 ruling by the Supreme Court.

In June 2018, the Constitutional Court also recognized for the first time the need for alternative service for conscientious objectors.

Since the 1950s, around 19,000 conscientious objectors, most of them associated with the Jehovah's Witnesses, have been arrested and served jail terms of 18 months for rejecting conscription.