SEOUL, Feb. 13 (Yonhap) -- President Moon Jae-in has invited Bong Joon-ho, director of the film "Parasite," to Cheong Wa Dae next week in celebration and recognition of his Oscar honors, an aide to Moon said Thursday.

The president plans to hold a luncheon meeting with Bong on Feb. 20 with related details yet to be fixed, including whether the cast of the dark comedy and thriller movie about social problems from the gap between rich and poor will attend as well, according to the official who requested anonymity. 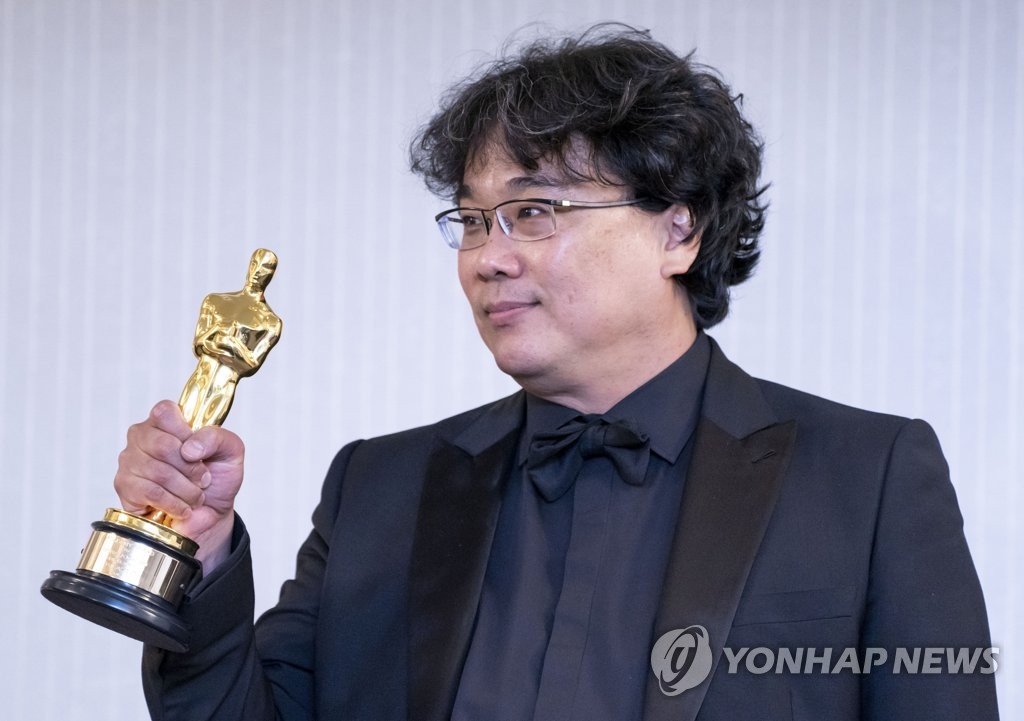 Bong is scheduled to hold a press conference here a day before meeting with Moon.

Cheong Wa Dae has already delivered Moon's congratulatory message to Bong for the Oscar haul, which he described as the fruit of the accumulated efforts of all who have made movies in South Korea over the past 100 years.

"I am very happy that South Korean movies are now able to begin a new 100 years standing in comparison to world movies," Moon wrote.