SEOUL, Feb. 13 (Yonhap) -- Hyundai Merchant Marine Co., South Korea's biggest shipping company by sales, said Thursday that its net losses narrowed in 2019 from a year earlier due to a rise in sales.

Net losses narrowed to 592 billion won (US$501 million) in 2019 from 790 billion won a year earlier, the company said in a regulatory filing.

Hyundai Merchant has been mired in operating losses since the second quarter of 2015. 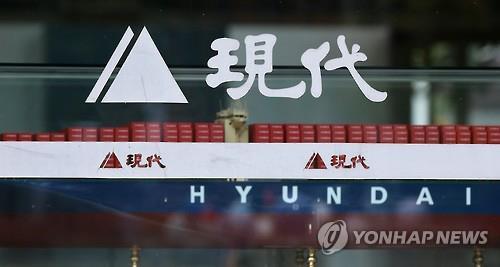 The shipper said its profitability could improve this year as a result of new cooperation with THE Alliance and the deployment of twelve 24,000-TEU, or twenty-foot equivalent unit, container ships.

Hyundai Merchant has said its 12 container ships in the 24,000-TEU class are to operate in order starting in April on a route connecting Asia and Europe.

In April, Hyundai Merchant is set to join of THE Alliance, one of the world's top three shipping alliances along with 2M Alliance and Ocean Alliance.

The South Korean shipper has been serving as a strategic partner for 2M Alliance operated by Maersk Line of Denmark and Mediterranean Shipping Co. of Switzerland since April 2017, but their partnership is set to expire in March.