SEOUL, Feb. 13 (Yonhap) -- Lee Jae-yong, the de facto head of Samsung Group, said in a meeting with President Moon Jae-in on Thursday that the conglomerate will step up efforts to support its subcontractors hit by the novel coronavirus outbreak, according to Cheong Wa Dae.

"Confronted with this incident, I think (we) should have made preparations a bit earlier. I feel my shoulders heavy. We will try to overcome it speedily," Lee was quoted as saying during a roundtable meeting with Moon, which was joined by several other local business leaders. They included SK Group Chairman Chey Tae-won, LG Group Chairman Koo Gwang-mo and CJ Group Chairman Lee Jae-hyun, as well as Hyundai Motor Vice Chairman Yoon Yeo-chul and Lotte Group Vice Chairman Hwang Kag-gyu.

Moon hosted the meeting with business leaders at the Korea Chamber of Commerce and Industry (KCCI) in Seoul in a bid to pool wisdom on ways to minimize the economic effects of the pandemic that began in China last December.

Lee pointed out the importance of China in the global manufacturing sector as the world's largest market together with the United States.

He cited "realistic difficulties" facing the IT industry in particular, according to Cheong Wa Dae.

"But a crisis has been all around and we can ride it out," he said. "The troubles of subcontractors are bigger (than those of Samsung)." 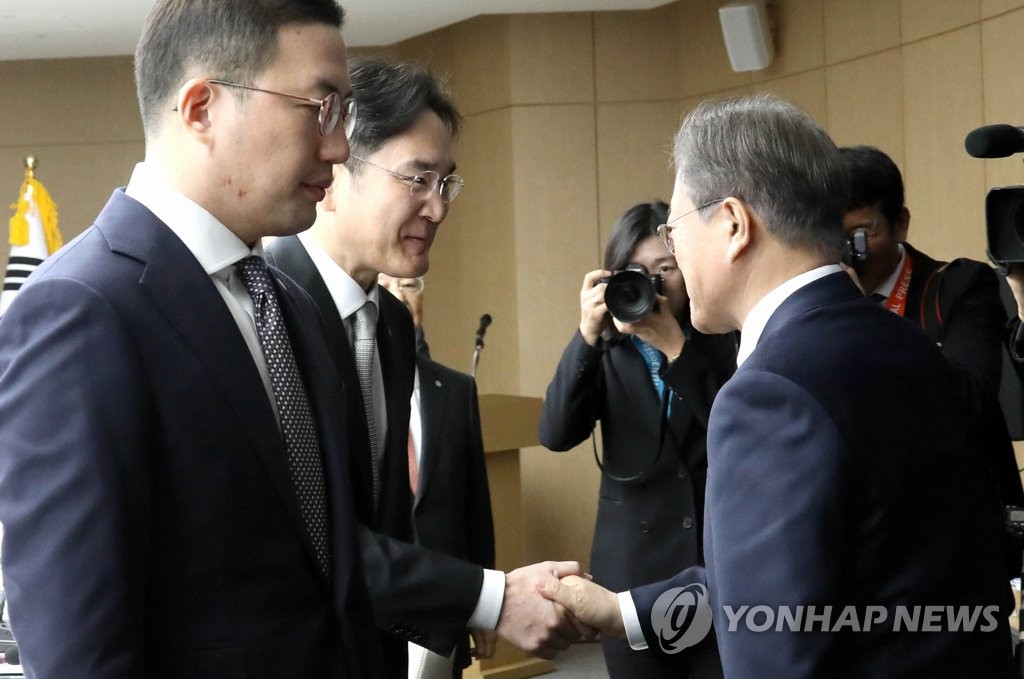 Lee pledged painstaking measures for "substantive support" for them, adding his group will keep its word to expand innovation-based investment and create more jobs to help revitalize the country's economy.

Lee asked Moon to send a video message of encouragement to South Korean company workers and their families staying in China.

He also requested that the government temporarily relax restrictions related to the 52-hour workweek system, saying Samsung hopes to promote after-work meetings at nearby restaurants or bars to help reinvigorate domestic consumption.

The leader of LG Group also said it would broaden technology and manpower support for subcontractors.

"It's necessary to localize and diversify the supply of core materials and parts to rely less on a specific country," Koo told Moon, apparently referring to Japan. "We have keenly felt the importance of small and medium-sized subcontractors." 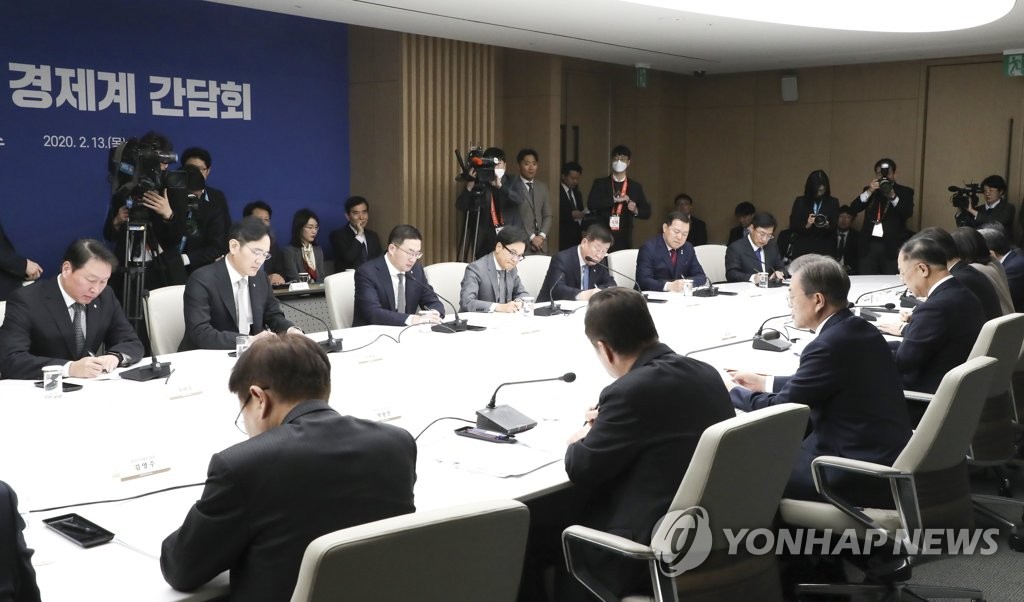 The SK Group chief asked the government to strive to keep air cargo flights between South Korea and China intact despite the fears of virus spread.

"(We) will make investments and hire workers (this year) on a similar level with the previous year," he said, according to a transcript released by Moon's spokesperson Kang Min-seok.