DUNEDIN, United States, Feb. 13 (Yonhap) -- South Korean left-hander Ryu Hyun-jin, a prized offseason acquisition for the Toronto Blue Jays, had his first bullpen session with the new club on Thursday, as his debut season in the American League got officially underway. 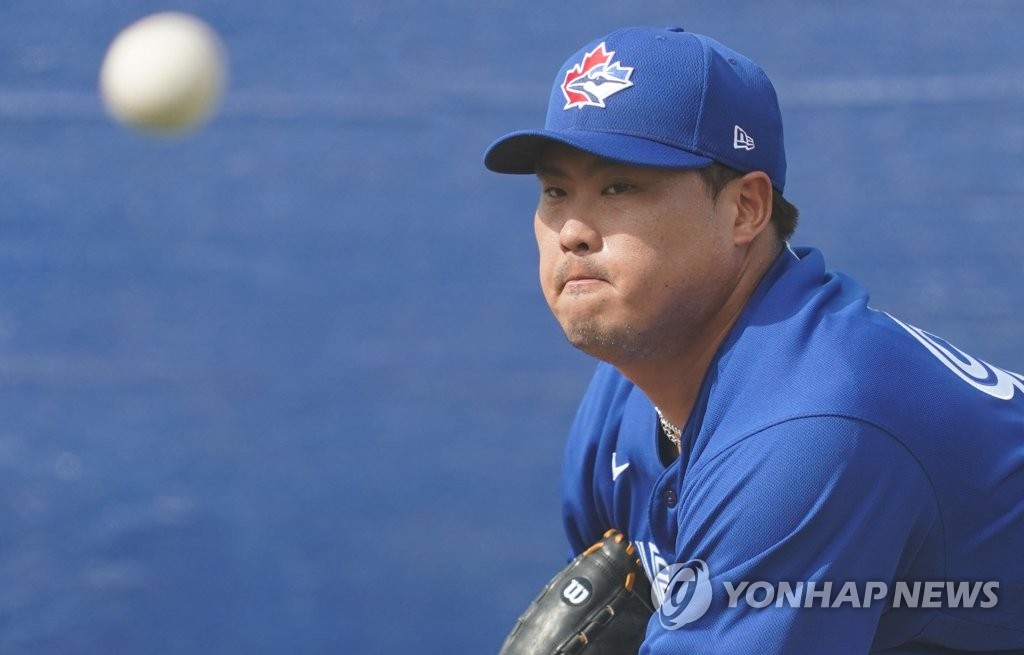 Pitchers and catchers had their first workout at TD Ballpark and at a facility outside the stadium in Dunedin, in western Florida, on Thursday. As the true No. 1 starter that the Jays had lacked last season, Ryu found himself at the center of substantial media attention, both from Canadian and South Korean markets.

Ryu made 33 pitches, with backup catcher Reese McGuire behind the plate and pitching coach Pete Walker standing behind the mound.

The former Los Angeles Dodger later said he tried to keep it business as usual.

"Even though it was my first time pitching for the team, I tried to stay within myself and not do too much," Ryu said. "I mostly threw fastballs and showed all my breaking balls. I think it went well."

Ryu, whose history of injuries is well documented, said he feels better than he did this time a year ago.

"I usually don't throw a lot of breaking balls in the bullpen, but I did today," he said. "Mentally and physically, I feel pretty good."

Ryu will throw another bullpen and then a live batting practice before making his exhibition season debut.

Ryu finished in second place in voting for the National League Cy Young Award last year, after leading all of baseball with a 2.32 ERA. That earned him a four-year, US$80 million contract with the Jays, who made the 32-year-old left-hander the most expensive pitcher in team history. 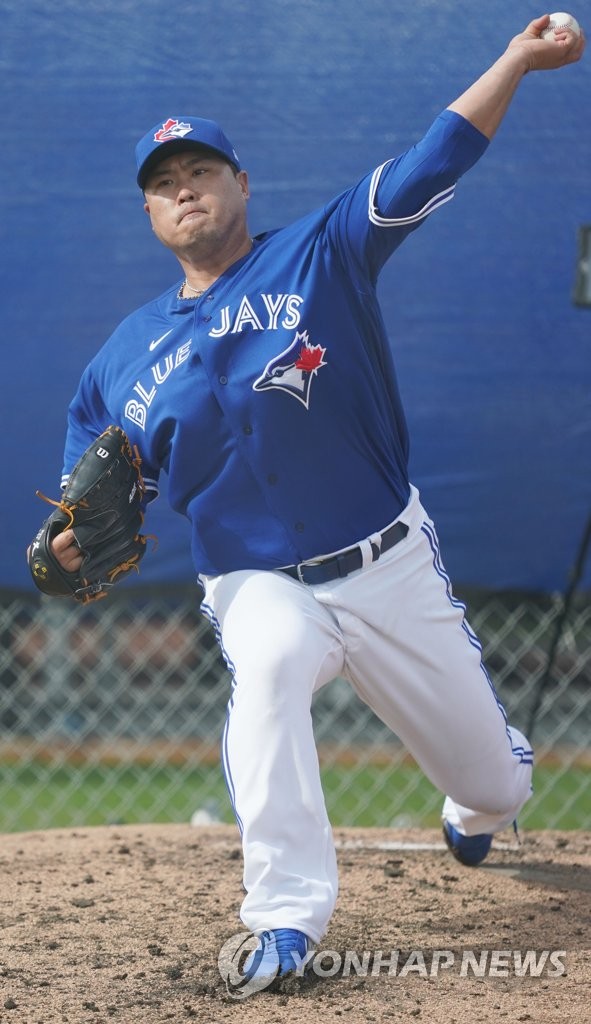