DUNEDIN, United States, Feb. 13 (Yonhap) -- The Toronto Blue Jays will invest US$80 million over the next four years on Ryu Hyun-jin to be their staff ace. It's not a label that the South Korean left-hander readily embraces, not because he doesn't think he's any good, but because he only wants to be one of the guys. 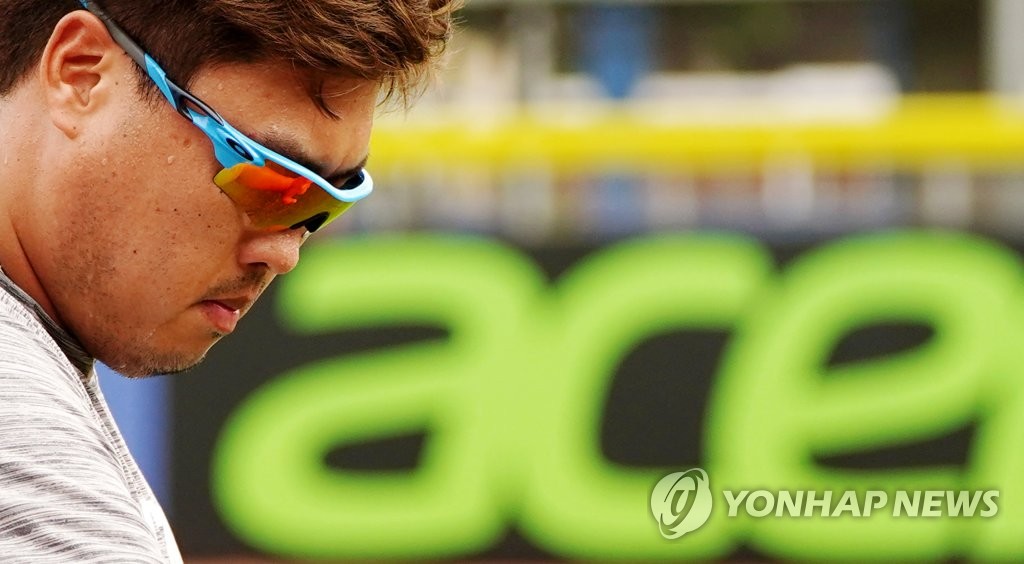 "I don't know if I should be called an ace," Ryu said modestly after his first bullpen session in Dunedin, Florida, on Thursday. "I know I am being paid like an ace, but I am just thinking about getting to know these young players and having fun with them playing games."

Further pressed about what he thought an ace should do, Ryu said, "To pitch in and win as many games as possible."

Ryu led the majors with a 2.32 ERA last year while finishing second in the National League Cy Young Award voting. Still, the exalted status is new to the 32-year-old, who'd spent the past seven years with the Los Angeles Dodgers in the shadow of Clayton Kershaw, a three-time Cy Young Award winner.

On the young, rebuilding Blue Jays, Ryu will be the player that others look up to. He said he will keep his ears and mind open for any teammate who comes up to him with questions.

"I am still learning here myself, but if the guys have anything to ask me, I'd be happy to answer them," Ryu said. "But these are all major league players. I don't think I really have much to tell them." 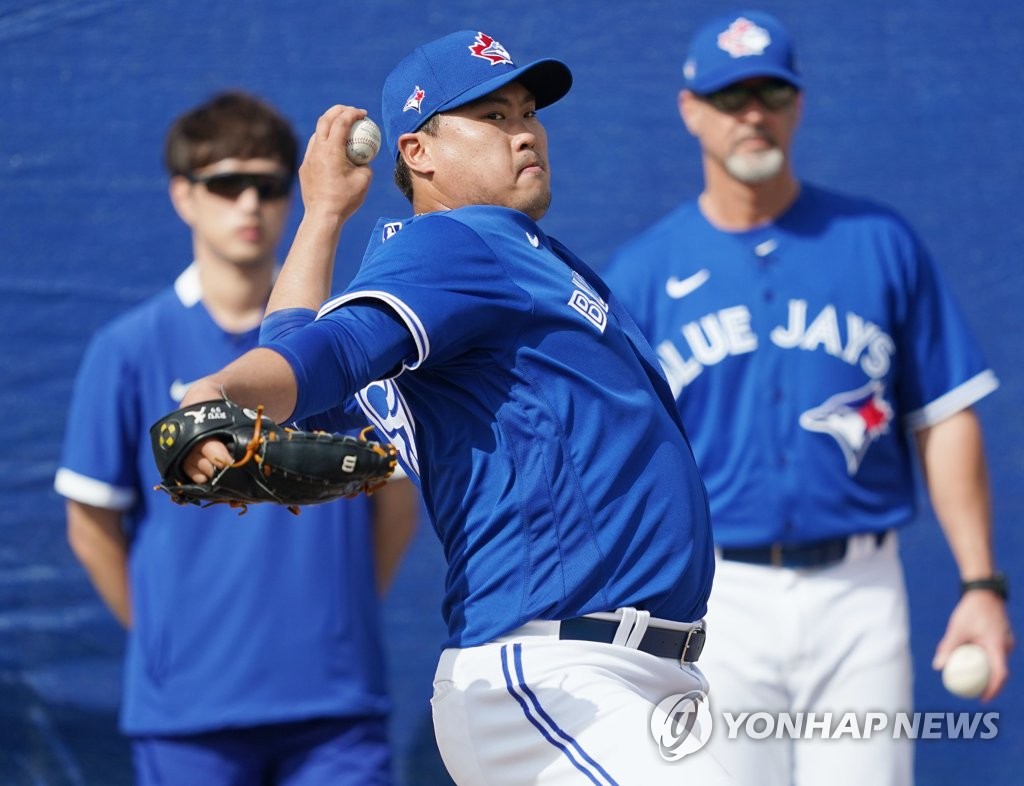 Ryu threw 33 pitches in the bullpen, under the watchful eyes of manager Charlie Montoyo and pitching coach Pete Walker. Ryu said he enjoyed his first session with the new club, and he doesn't plan to change the way he prepares for a season just because he's switched clubs.

"I am going to build up my pitch count slowly, just like I've always done in the majors," Ryu said. "I am familiar with that kind of routine, and I don't plan on overdoing things from early on."

After working with veteran Russell Martin on the Dodgers last year, Ryu will be throwing to a couple of 24-year-olds who made their big league debuts last season: Danny Jansen and Reese McGuire.

"We have to talk a lot during spring training, about the setup and a bunch of other things," Ryu said. "We're all in this together for the first time, and we're going to use exhibition games to try to get on the same page."

Ryu, whose next bullpen session will be Saturday, said his biggest adjustment with the new team will come in the clubhouse rather than on the mound.