South Korean carmakers shipped 150,974 units of cars overseas last month, according to the data compiled by the Ministry of Trade, Industry and Energy. In terms of value, auto exports also fell 22.2 percent over the period to US$2.85 billion.

The country's outbound shipments of cars have been decreasing on-year since August in terms of units after expanding 11.6 percent in July, the sharpest growth of 2019, the data showed. 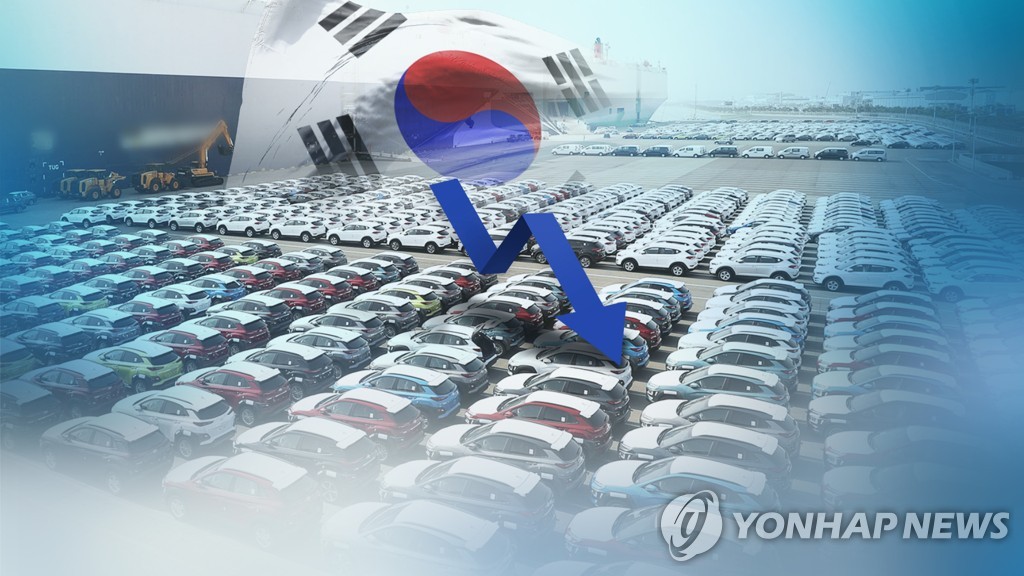 The decrease was mainly blamed on partial strikes by unionized workers at Kia Motors Corp., the country's No. 2 carmaker, over wage disputes. Exports of Kia Motors dipped 32.1 percent in January from a year earlier to 56,000 units.

Outbound shipments also decreased as the Lunar New Year's holiday, which follows the lunar calendar, fell during the Jan. 24-27 period this year, though it was in February in 2019, the ministry added.

Top player Hyundai Motor Co. saw its exports drop 8.8 percent on-year in January due to the lackluster performance of small models, although its overseas sales of SUVs soared 8.3 percent.

Exports by SsangYong Motor Co. sank 4.8 percent on the weak demand from emerging regions, including Africa, while those of GM Korea Co. halved due to the reduced demand from Europe.

By region, shipments to North America dipped 12.7 percent in January due to the prolonged economic slump, with exports to the European Union also decreasing 34.5 percent.

Exports to the Middle East, on the other hand, increased 17.6 percent.

Sales of foreign cars here dropped 7 percent over the cited period due mainly to Japanese carmakers' imports plummeting a whopping 64.8 percent amid the ongoing boycott of Japanese products here.

South Koreans began boycotting Japanese products and tours to Japan in the middle of last year in protest of Tokyo's export curbs against South Korea.