SEOUL, Feb. 14 (Yonhap) -- Hyundai Motor Co. on Friday released a teaser of the Prophecy, an all-electric concept, ahead of its planned debut at next month's Geneva motor show.

The Prophecy adopts the carmaker's next-generation design direction, Sensuous Sportiness, which is defined by the harmony among four fundamental elements in vehicle design -- proportion, architecture, styling and technology -- Hyundai Motor said in a statement.

Details about the new electric model will be unveiled at the Geneva International Motor Show that opens at Palexpo, Switzerland, on March 7 and runs through March 17, it said.

Hyundai has applied the new design language to the face-lifted model of the sixth-generation Grandeur that was launched in November 2016 and the new Sonata sedan launched in March last year. 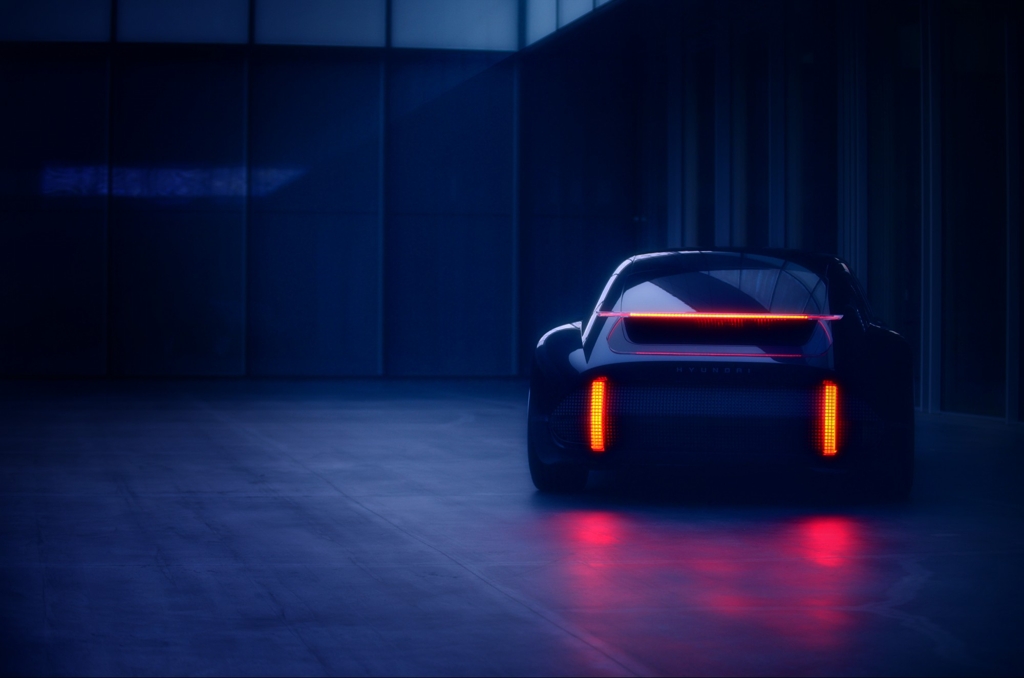