SEJONG, Feb. 14 (Yonhap) -- Expectations of an economic recovery grew as industrial production and facility investment rose, but the impact of the coronavirus epidemic in China is likely to weigh on the Korean economy, a government report showed Friday.

However, the nation's economy is expected to face uncertainties because it is still difficult to gauge how broadly the virus, which was recently dubbed COVID-19, will spread, the report said.

"The government will make its utmost efforts to minimize the economic impact of the virus, while putting its top priority to regain an economic recovery momentum," the ministry said its monthly economic assessment report. 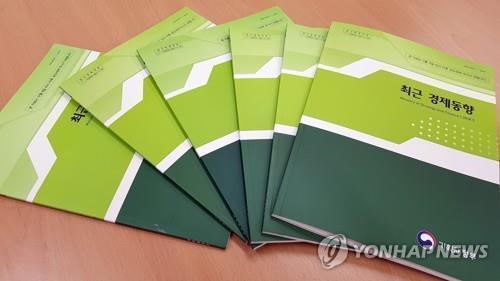 The report -- called the "Green Book" -- is based on a set of the latest indicators of output, exports, consumption and corporate investment, which serves as a snapshot of the economy's performance in recent months.

South Korea's economy suffered its weakest annual growth in a decade last year, hit by a lengthy U.S.-China trade war and a cyclical slump in the memory chip sector.

The nation's economy is expected to grow 2.4 percent this year, following last year's 2 percent expansion, on the back of an anticipated recovery in the memory chip sector and a series of policy measures.

Signs of economic recovery grow, but coronavirus impact may weigh on economy

Signs of economic recovery grow, but coronavirus impact may weigh on economy