Appearing on a special episode of the show by broadcaster NBC on Feb. 24 (U.S. time), the septet will premiere the lead track of "Map of the Soul: 7," slated for official release on Feb. 21, according to an SNS announcement by the TV show.

The special show will feature BTS' interview with the show host as well as the band members' tour of symbolic spots in New York.

The show organizer earlier called on fans to submit questions for BTS with a hash tag, #FallonAsksBTS, which trended at number one on Twitter worldwide.

This marks the band's second appearance on the show after the band staged its mega-hit song "IDOL" on the show in September 2018.

Last month, the band unveiled its debut performance of "Black Swan," a track off the upcoming new album, on the CBS show, "The Late Late Show with James Corden," electrifying its fans across the globe. 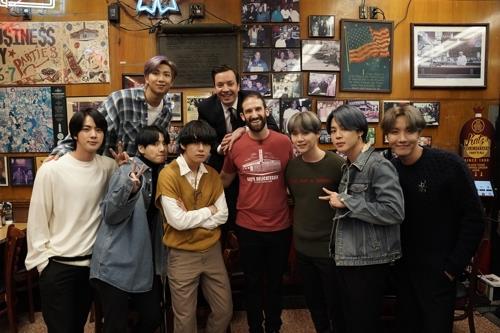