SEOUL, Dec. 14 (Yonhap) -- North Korea's official newspaper on Friday reported about a recent spike in new coronavirus infections and the death toll in China as Pyongyang is making an all-out effort to prevent the flow of the highly contagious virus from its neighboring country.

The Rodong Sinmun, the official newspaper of the North's ruling party, carried a series of articles providing details on latest developments on the spread of the COVID-19 that originated in the central Chinese city of Wuhan.

"China confirmed 15,152 new coronavirus infection on Wednesday alone with 254 people losing their lives," the paper said in an article.

In a separate article, the paper said that the Chinese authorities are beefing up efforts to stem the spread of the virus by deploying an additional 2,600 medical staff to Wuhan, the epicenter of the virus that has killed more than 1,500 people in China alone.

North Korea has not reported any confirmed infections but it has intensified preventive efforts by tightening borders with China and beefing up quarantine for those coming from the virus-hit neighboring country.

North Korea earlier extended the quarantine period for at-risk people from 15 days to 30 days, much longer than the 14 days presumed to be the incubation period of the virus.

Pyongyang recently said that it has dispatched around 500 workers to the country's border with China to help preventive efforts against the virus. It has also obligated citizens to wear face masks when using the subway in its capital city.

In a separate report, North Korea said it has published information booklets on the virus in a bid to prevent its outbreak.

The Health Education Institute, a propaganda organ in the country's public health sector, recently completed publishing the guidelines and will distribute the materials to factories, schools, hospitals and other facilities across the nation.

Experts worry that the North appears very vulnerable to such viruses as it lacks medical supplies and the infrastructure necessary to diagnose and treat people. Concerns are growing that once the virus enters the country, its spread could go out of control.

The United States voiced concerns about vulnerability of North Korean people, stressing its support for aid agencies seeking to help contain the spread of the deadly virus in the communist state.

"The United States is deeply concerned about the vulnerability of the North Korean people to a coronavirus outbreak," the State Department said in a press statement posted on its website Thursday.

"We strongly support and encourage the work of U.S. and international aid and health organizations to counter and contain the spread of coronavirus in the DPRK. The United States is ready and prepared to expeditiously facilitate the approval of assistance from these organizations," it added. 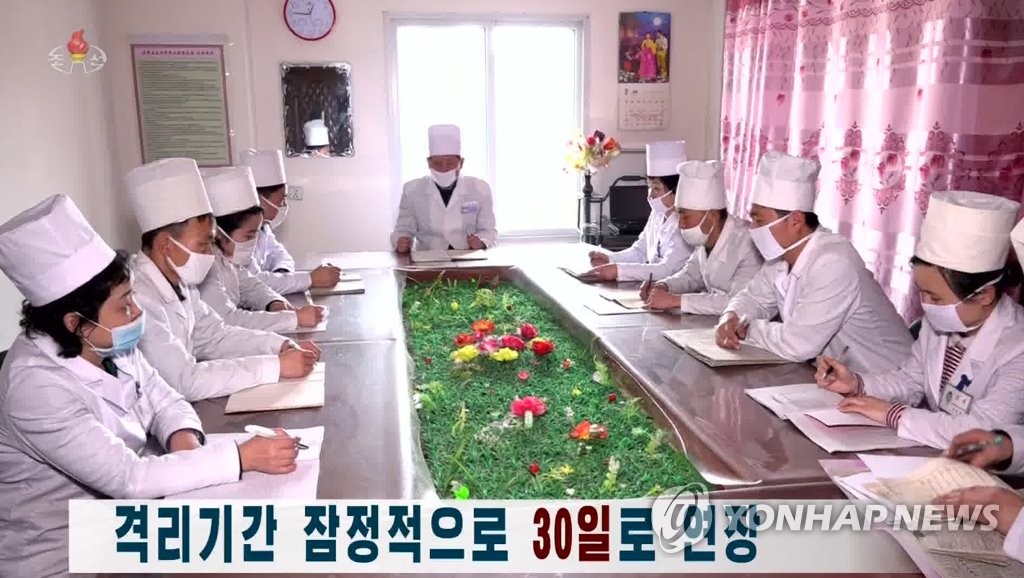