(ATTN: ADDS details about the passenger who took issue with the note)

SEOUL, Feb. 14 (Yonhap) -- KLM Royal Dutch Airlines, the national flag carrier of the Netherlands, offered a public apology Friday for not allowing South Korean passengers to use an on-board toilet due to concerns about the new coronavirus.

The incident occurred on a KLM flight to Incheon from Amsterdam on Monday when a crew member posted a note written in Korean on the door of the restroom, which read "Lavatory For Crew Members Only."

Later, KML added an English version after the note was pointed out by a South Korean passenger who took a photo and shared it with her friends via social media.

KLM immediately came under fire for discriminating against South Koreans, though the airline said it was an "amazingly stupid mistake" of an individual crew member. 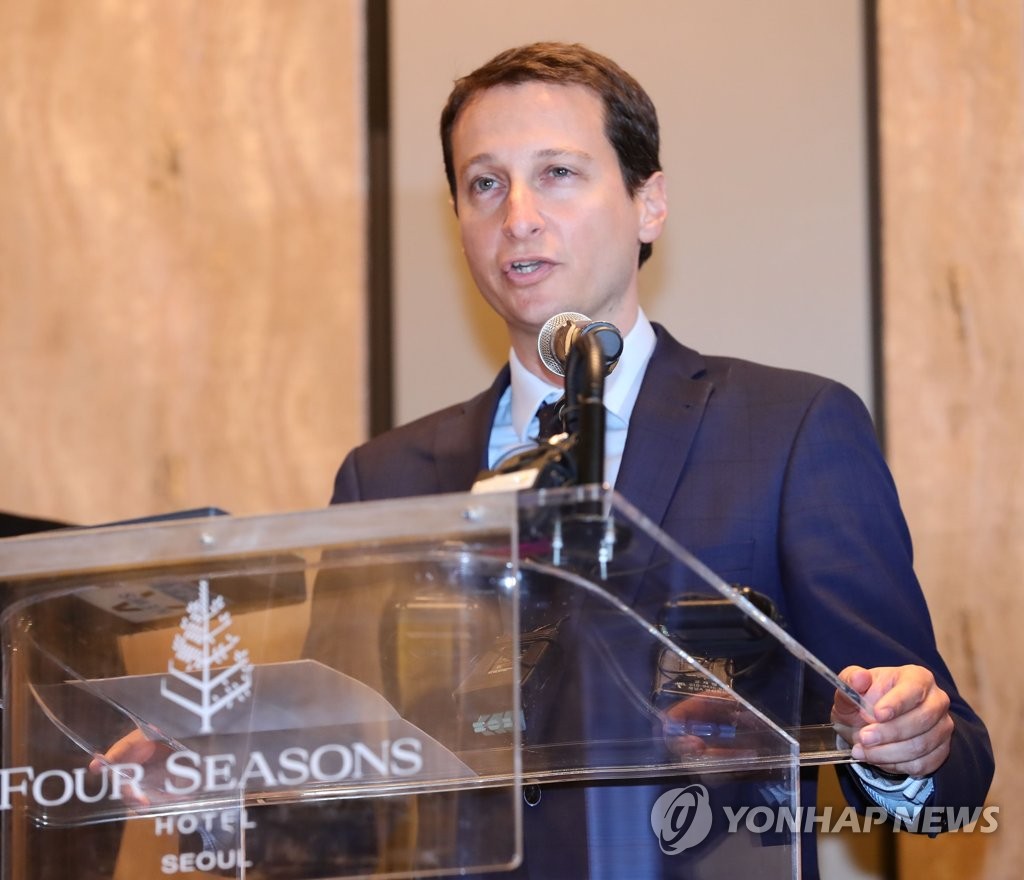 "This is a human mistake, and we apologize for it," Guillaume Glass, general manager for operations in South Korea, Japan and New Caledonia at KLM, said in a press conference at a Seoul hotel.

"We take the allegations that we have discriminated against a part of our passengers very seriously. We are deeply sorry that this was viewed as discrimination, which was absolutely not the intention of the crew."

As for the reason why the note was written only in Korean, the crew member who posted it initially responded saying the person had simply forgotten to write the English alongside the Korean, according to the general manager.

KLM said the crew member is Dutch, though it did not provide any further details about the attendant.

Out of 277 passengers onboard, none of the 135 South Koreans had a fever or other symptoms related to the coronavirus called COVID-19. The note was posted on one of the plane's five toilets, KLM said.

An internal investigation on the incident is under way. To prevent this from happening again, Myriam Kartman, KLM's executive vice president for inflight service, will take all necessary measures, Glass said without elaborating on the measures.

He said the members of that particular crew will talk with inflight senior management about the impact on the Korean passengers but didn't provide details about how the crew member who posted the note will be dealt with.

The incident occurred amid global efforts to contain the deadly virus following its first outbreak in the central Chinese city of Wuhan in late December.

The new coronavirus has killed more than 1,480 in mainland China. It has reached over 20 countries, including South Korea and the United States.

In Korea, the virus has so far infected 28 people. Among them, seven patients have been released from hospitals after fully recovering from the virus, while the 21 others currently being treated at hospitals are in stable condition. 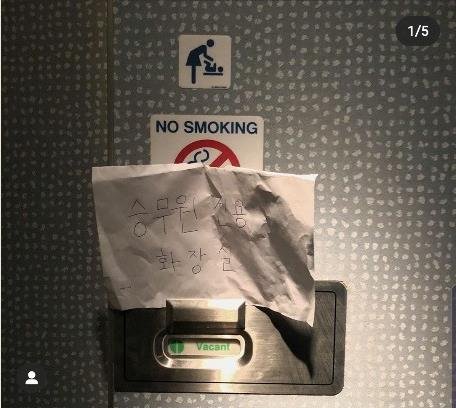