SEOUL, Feb. 14 (Yonhap) -- Even before Bong Joon-ho grabbed four Oscars, including best picture and best director, for his black comedy masterpiece "Parasite," the South Korean auteur was not a new kid on the block.

With seven features on his directorial career, including "Parasite," he has earned a nickname of "Bongtail" at home and abroad, a combination of his family name and the English word "detail."

Even though he mentioned several times in interviews that he does not like this nickname, his fellow actors and colleagues praise him for his detailed directing and meticulous care for all film staff.

His hand-drawn storyboards exemplify Bong's detail-oriented pre-production process. He meticulously plans every frame of his films through a set of sketches that include detailed description of background settings, kinetic compositions of each actor and mise-en-scene. 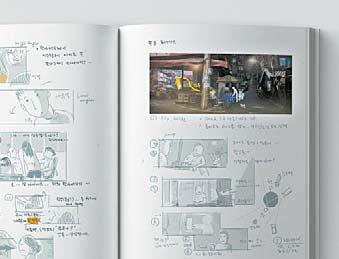 Based on these own pre-sketches, the director draws the entire movie in his brain from the offset and goes on shooting, so that he requires only necessary, planned shot or take during filming.

Song Kang-ho, a Bong's favorite who starred in four of seven Bong's films, said his perfectly designed scenario and pre-production makes actors and actress focus on acting and emotion that the story requires.

"Bong is famous for exquisiteness. In Bong's cinematic world, everything is calculated and sophisticatedly constructed," Song said in a press conference at the Cannes Film Festival last year, where "Parasite" was awarded the highest honor, the Palme d'Or. "That lifts the burden of actors who have to fully express the whole space and time in front of the camera."

Chris Evans, a Hollywood actor who worked with Bong on 2013 thriller "Snowpiercer," said he was amazed by Bong's unique dramaturgy and trusts his cinematic vision.

"Director Bong has storyboards laid out so that ... he has already edited it in his brain," he said in an interview after "Snowpiercer." "It's like building a house and instead of needing a bag of nails, it is like saying, 'I need 53 nails.'"

Bong's exactitude and fineness in directing come along with his warm leadership as he shows sincere interest in and genuine concern for others.

"Before shooting, I was worried about his style. I'd thought he would be very sensitive or high-strung," said Lee Sun-kyun, who plays the role of Mr. Park, the father of a wealthy family in "Parasite." "But he was totally different. He never gets angry even in a situation where everybody feels irritated." 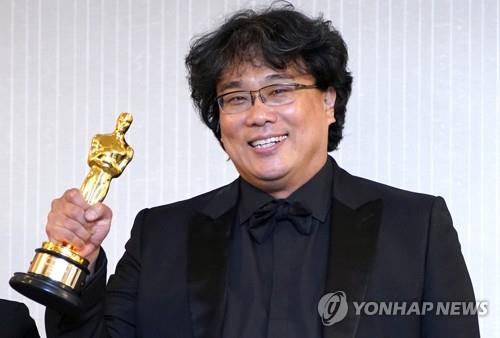 Moreover, Bong was one of the filmmakers in South Korea to spearhead the move to strictly comply with a guideline to prevent overtime work and unpaid wages on shooting sites.

The guideline, which was mapped out in 2014, led to a rise in production costs but contributed to improving working conditions in the industry.

In particular, he carefully looked after a child actor who played the role of Mr. Park's son in "Parasite." He even postponed the shooting of the child's scene for a month, as the weather was too hot for the kid to act.