SEOUL, Feb. 14 (Yonhap) -- Chief of Naval Operations Adm. Sim Seung-seob will embark on a trip to Oman and Thailand next week and visit an anti-piracy unit deployed to the Strait of Hormuz, the Navy said Friday.

The six-day visit, which will kick off Sunday, is aimed at boosting maritime security cooperation with the two countries and supporting South Korea's broader pitch to expand exchanges with Southeast Asia, it said.

During his stay in Oman, Sim will visit the 4,400-ton destroyer Wang Geon of the 300-strong Cheonghae Unit and meet the soldiers dispatched there.

The Cheonghae Unit has been on an anti-piracy mission in the Gulf of Aden off Somalia since 2009 and broadened its mission areas into the Gulf of Oman and the Persian Gulf last month amid heightening tensions in the region.

This expansion followed Washington's request for contributions to its campaign to secure the waters off Iran. Seoul decided not to join a U.S.-led coalition but is operating independently, in apparent consideration of its relations with Tehran.

While in Thailand, Sim will meet with military officials to discuss ways to expand defense cooperation between the two sides and seek understanding for scaling down the number of South Korean soldiers participating in the 39th Cobra Gold exercise, set to kick off in the Southeast Asian country later this month.

South Korea has decided to send just over two dozen soldiers to the multinational exercise due to the new coronavirus, modifying its earlier plan to send 400 service personnel and eight assault amphibious vehicles. 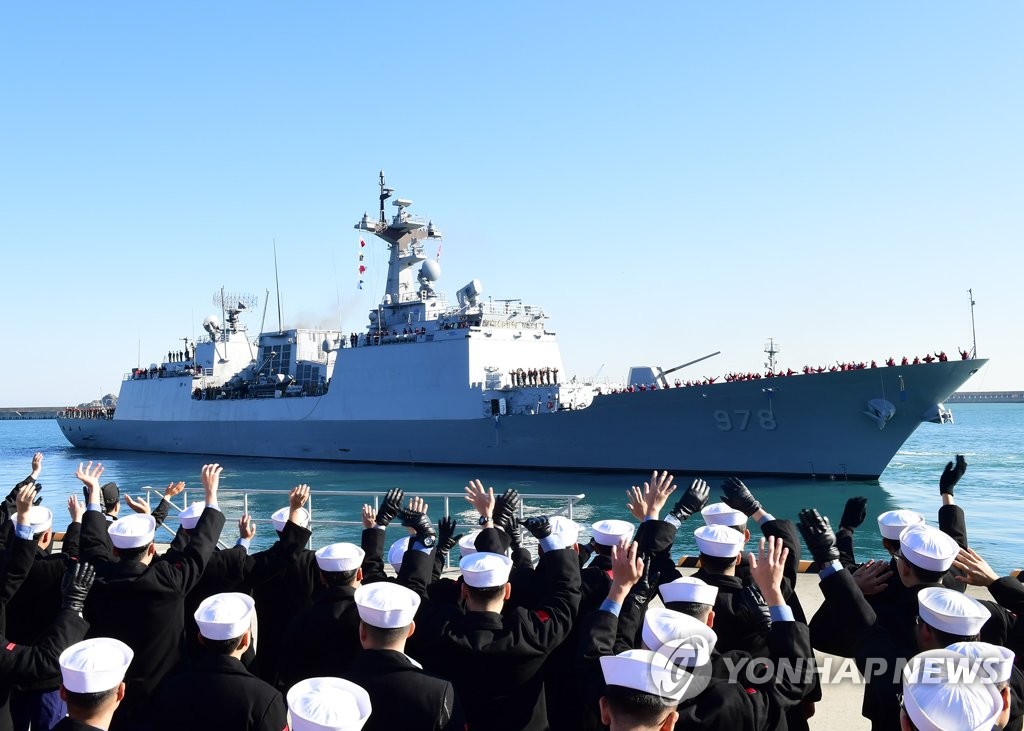 Navy chief to visit unit dispatched to Strait of Hormuz

Navy chief to visit unit dispatched to Strait of Hormuz