SEOUL, Feb. 14 (Yonhap) -- President Moon Jae-in will be briefed next week on key economic policies for 2020 by four relevant ministries as part of his renewed focus on revitalizing South Korea's economy amid nascent signs of the coronavirus epidemic subsiding in the nation, his office said Friday.

Moon has put state affairs on an emergency footing since the confirmation of people here infected with the virus late last month. He adjusted some public schedules, including the postponement of a series of new year policy briefings from government agencies.

Moon's plan to receive policy reports on Monday reflects his resolve to place an emphasis again on invigorating the economy and developing future growth engines for South Korea, according to a Cheong Wa Dae official. 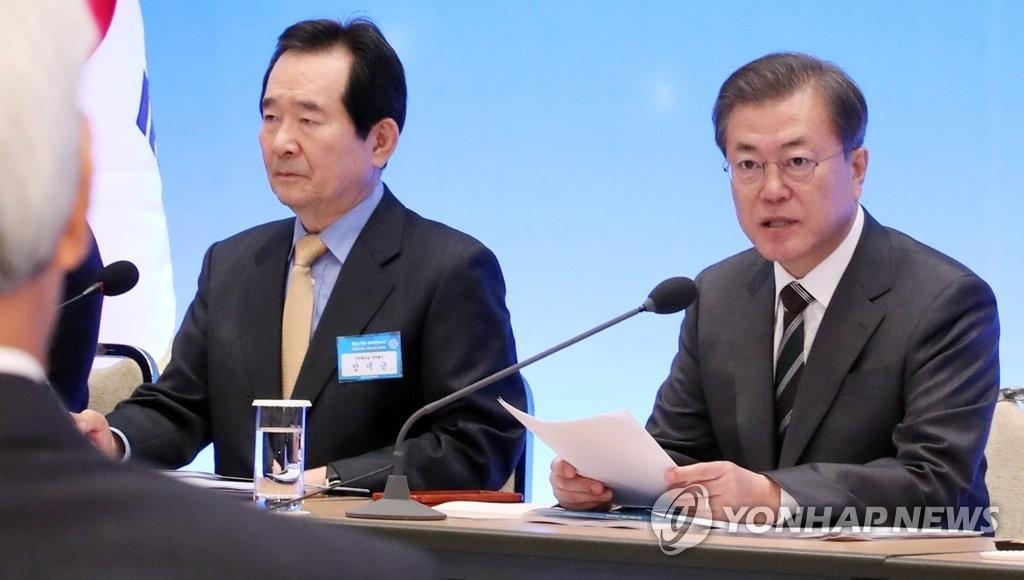 He would be briefed by the heads of four ministries at Cheong Wa Dae -- the Ministry of Economy and Finance, The Ministry of Trade, Industry and Energy, the ministry of SMEs and Startups and the Financial Services Commission.

Among policy measures to be reported are ways to revive the trend of economic recovery that has been hit by the virus, formally named COVID-19, and strategies for innovative and inclusive growth, a core economic policy line of the Moon administration.

Moon has stated that the government would yield "tangible results" this year in its economic and other policies.

South Korea has not reported any additional COVID-19 case since Tuesday. Seven of the 28 patients in the country have been declared fully cured, with the remainder hospitalized with relatively stable health conditions.

Moon to receive economic policy reports from ministries next week

Moon to receive economic policy reports from ministries next week